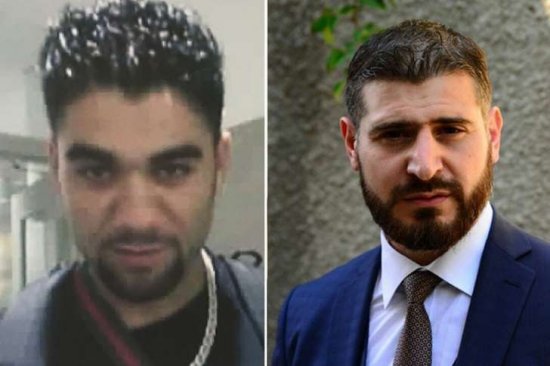 Two Canadians, at least one a resident of Toronto, have been charged in the beating of peaceful protesters outside the Washington, D.C. residence of the Turkish ambassador to the United States.

Toronto’s Ahmet Dereci, a devoted supporter of Turkish president Recep Tayyip Erdogan, was captured on video joining Erdogan’s bodyguards in a May attack that sent nine people to the hospital and became an international incident.

Dereci, who owns an electrical contracting company in North York, was charged with felony assault with significant bodily injury and misdemeanour assault or threatened assault in a menacing manner, the Washington police announced at a news conference on Thursday. He was seen on video punching a protester and then kicking him twice as he was lying defenceless on the ground.

Mahmut Sami Ellialti, who told CBC in 2016 that he is a friend of Dereci, was charged with felony aggravated assault and felony assault with significant bodily injury. The Washington police identified him as a Canadian citizen.

The two men attended a pro-Erdogan event outside Toronto’s Turkish consulate 11 months ago Thursday in response to an anti-Erdogan coup.

“We are in Canada but our heart beats with Turkey,” Ellialti told CBC. “As Turkish citizens, we came to support our democratic country.”

“Recep Tayyip Erdogan was chosen by the Turkish people. We voted for him and we want him to be our president,” Dereci told CBC.

Neither has been arrested yet; the police described them as “wanted.” The Toronto police, which often arrests people wanted in other jurisdictions, did not immediately respond to a request for comment.

Dereci and Ellialti are among 16 people charged this week over the incident. They are among the most likely to face actual consequences.

Twelve of the people charged are Turkish security officers, and Erdogan is exceedingly unlikely to extradite them to the U.S. to face trial. The civilians involved enjoy no such political protection.

Dereci declined to comment when Torstar first wrote about him in May. He did not immediately respond to a new request left with a colleague at his company on Thursday.

The Turkish government went on the offensive over the incident, summoning the U.S. ambassador to complain about the “aggressive” behaviour of Washington security personnel. It accused the protesters of “aggressively provoking Turkish-American citizens who had peacefully assembled to greet the president.”

Washington police chief Peter Newsham, though, said peaceful protesters were “attacked for no reason.” He described the attack as “the type of offence that is extreme in nature.”

Newsham said more people will be charged as his force identifies them. He said photos of additional suspects will be released later in the day.

“We will defend the First Amendment, and we will make sure our laws are being enforced,” Bowser said Thursday.

The charges pose a test for the strategically important relationship between the U.S. and Turkey. Senior Republicans and Democrats in Congress had both demanded that Erdogan’s team be condemned and held to account. But President Donald Trump declined to say anything about the attack, and the State Department was careful in its public statements.

Lawmakers were infuriated by the brazenness of the attack. It occurred in broad daylight on a quiet Washington street soon after Erdogan met Trump at the White House.

Erdogan sat in a Mercedes in the driveway of the ambassador’s residence as the protesters stood across the street. Moments after one of Erdogan’s bodyguards briefly spoke to someone in the car, multiple members of the bodyguard team charged across the street, brushed past overwhelmed police officers and began punching, kicking and choking protesters.

Outrage after rapist jailed with victim