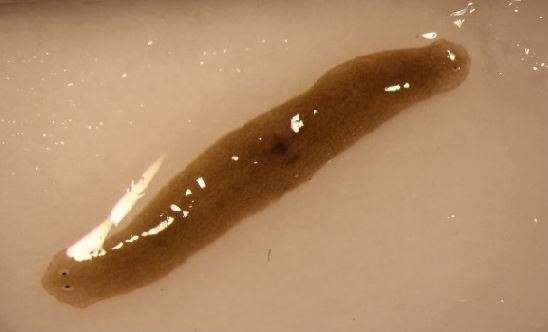 A team of researchers led by scientists at Tufts University sent a group of regular planarian flatworms into space, sealed in tubes half filled with water and half with air, some amputated and some whole.

When they came back, NASA found one of the amputated worms had undergone a very rare transformation: It had developed two heads, one at each end, something the researchers had never observed among any of the 15,000 control worms in the colony the researchers had maintained over the last five years.

“Moreover, when the researchers amputated both heads from the space-exposed worm, the headless middle fragment regenerated into a double-headed worm, demonstrating that the body plan modification that occurred in the worm was permanent,” a release from Tufts read.

Of course, the researchers weren’t doing this for laughs. Flatworms’ remarkable powers of regeneration make them an ideal test subject for long-term exposure to the rigours of spaceflight, with an eye toward helping humanity.

“As humans transition toward becoming a space-faring species, it is important that we deduce the impact of space flight on regenerative health for the sake of medicine and the future of space laboratory research,” lead researcher Junji Morokuma said in a release.

The researchers noted other effects on the worms. Some of the worms that were sent into space whole actually divided spontaneously into two or more worms, while their earthbound brethren did not. As well, when the space-faring worms returned to earth and were transferred to petri dishes filled with spring water, they were paralyzed and immobile for a couple of hours before returning to normal, unlike their counterparts who’d remained on Earth.

The study was published in the June issue of the journal Regeneration.

‘First of our kind’ found in Morocco