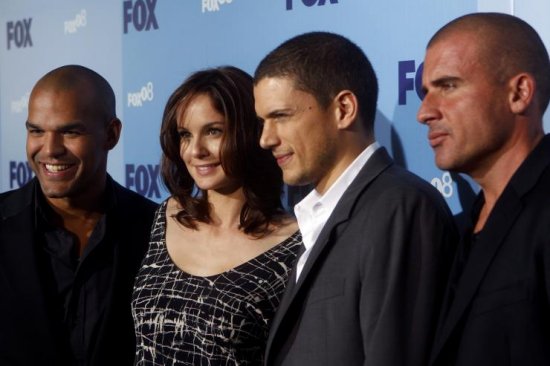 Lincoln (Dominic Purcell) needs to have his own happy ending with the woman he loves in the potential next season of “Prison Break.”

According to TV Over Mind, one of the storylines worth looking forward to is Lincoln tying the knot with Sheba (Inbar Lavi). Fans of the series want to see Michael’s (Wentworth Miller) brother also content with his life beside his ladylove. Now that Michael is back home with Sara (Sarah Wayne Callies) and their son, many think it is about time the plot shows the siblings enjoy some family bonding. Sheba has been a huge support for Lincoln during his trying times. It is reportedly time to see them take their relationship to the next level.

Unfortunately, it looks like the siblings will continue to deal with problems even though Jacob (Mark Feuerstein) is already dead.

Miller hinted in a recent interview with The Hollywood Reporter that his character would probably experience paranoia after everything that took place, starting from the time he was separated from the people he loved. Lincoln and Sara mourned his “passing” for a long time, until it was revealed that he faked his death to clear his name. When Lincoln discovered his brother’s true situation, he vowed to dedicate his life to bring Michael back to them, no matter what it takes. Although Michael’s back, Miller said he might experience post traumatic stress disorder.

“Michael’s home, but I don’t know if he’s at peace. He’s been living a nightmare, for years, and now he’s back — back from the dead. He’s reunited with his loved ones, but I think he would be haunted for a long time. I think there’d be paranoia, insomnia, anxiety … maybe a lingering taste for darker things, illegal things. If there are new stories to tell, we could probably start there: with Michael’s not-so-smooth re-entry into civilian life,” Miller said.

FOX has yet to renew “Prison Break” for season 6.