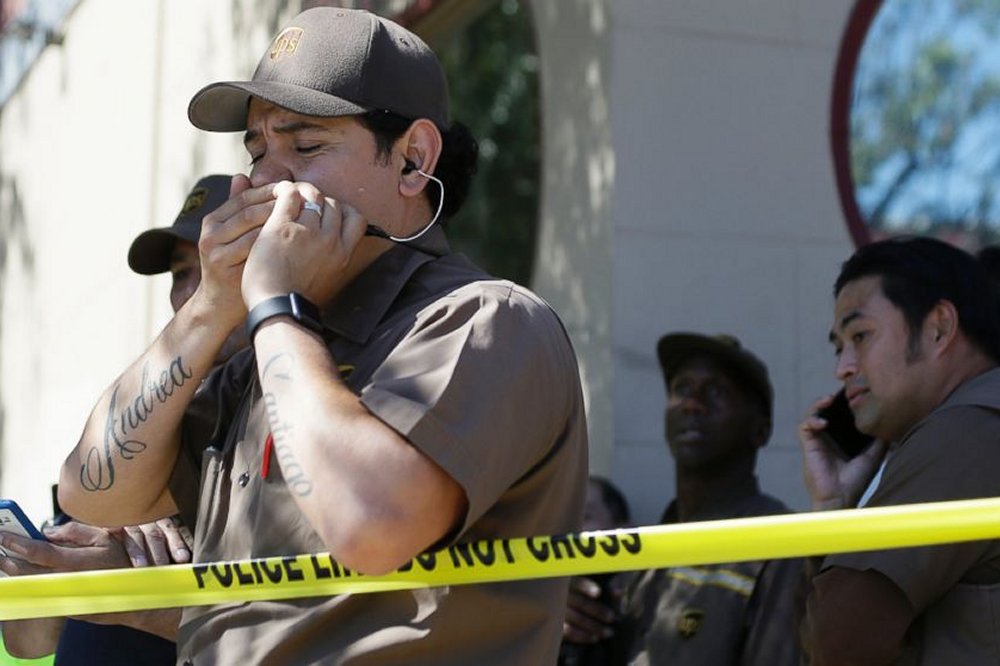 At least two people were shot dead and several people were injured when a man believed to be an employee let loose a barrage of gunfire Wednesday morning at the UPS building in the Potrero Hill area of San Francisco, prompting a massive police response and a shelter-in-place warning for the surrounding area, officials and witnesses said.

Multiple victims were being treated at San Francisco General Hospital, the extent of their injuries unknown, according to hospital spokesman Brent Andrew.

What appeared to be two bodies lay in the middle of 17th Street and San Bruno Avenue, covered with yellow tarps.

A man in a brown UPS uniform who said he had been inside the building when the gunfire broke out around 9 a.m. said at least three people had been shot. He said the shooter had a handgun and that he recognized him as a UPS employee. There was no immediately word on the gunman or whether he had been taken into custody.

Another man in a UPS uniform also said the gunman was a UPS employee.

Another witness told a television reporter that he had heard four shots, followed a short time later by four more shots.

A man who lives a half block from the UPS center and who identified himself only as “Chino” said he saw several people, their bodies covered with blood, dragged from the building by uniformed officers or firefighters and loaded into ambulances.

“I was sick to my stomach, seeing those bodies,” Chino said. “They were looking pretty bad.”

Dozens of police cars, sheriff’s cars and fire department vehicles were in the area, along with several ambulances. Officers with drawn rifles stood in the street.

One man who said he was a UPS employee said he heard “multiple shots” around 9 a.m. and ran out of the building with colleagues. He was standing on the street at 18th and Utah streets, near the building, surrounded by badly shaken colleagues.

The sprawling UPS building is located at 320 San Bruno Ave., between 16th and 17th streets, and police were advising people to avoid the area.

Police were blocking of several streets near the UPS building, including Utah and 16th streets.

An AlertSF advisory issued at 9:11 a.m. warned people to avoid the area around 17th and Utah streets.