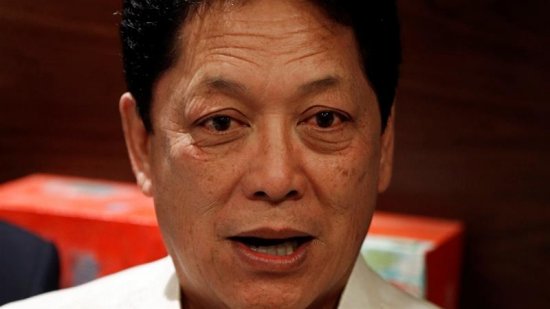 The Philippines has halted the deployment of workers to Qatar because of the possible “ripple effects” of several Arab powers breaking off diplomatic ties with Doha, officials said.

Silvestre Bello, the Philippines’ labour chief, said on Tuesday that Manila was taking precautions as it fears that problems such as food shortages could affect tens of thousands of Filipinos in Qatar should the crisis worsen.

Saudi Arabia, Egypt, the United Arab Emirates and Bahrain had severed relations with Qatar on Monday, accusing it of supporting “terrorism” and Iran. Qatar said the move was “unjustified”.

The four Arab nations also cut off sea and air links with Qatar, which relies on imports from its neighbours.

“We are foreseeing a possible problem in Qatar,” Bello said at a news conference.

“For example, we know for a fact that Qatar does not produce its own food. If anything happens that they run out of food and food riots will take place, definitely our OFWs (Overseas Filipino Workers) … will be the first victims,” he said.

“That’s why we really need to make preparatory measures to meet a possible exigency.”

Bello said there were 141,000 documented Filipino workers in Qatar as of last year, but the total number could surpass 200,000 if those without proper documents are counted.

There is no plan yet to repatriate Filipino workers in Qatar, he said.

The ban will also affect individuals whose papers have been approved or are scheduled to depart for Qatar, according to Bello.

The Qatari Cabinet said in a statement on Monday that Qatar has taken all necessary measures to ensure normal life and there is no need to panic or stock up essential items.

Import of goods and movement of people will not be affected as all channels of import other than those from the Gulf states, which severed ties with Qatar, will continue to work as before, it said.

“Marine and air spaces will remain open for import and movement. We have taken all necessary precautions to ensure normal life,” the statement said.

Foreign workers make up around 1.6 million of Qatar’s 2.5 million population.

Egypt, which is among the seven countries that cut relations with Doha, has some 350,000 citizens working in Qatar, according to Mohammed al-Iraqi, the spokesman of the Egyptian community in Doha.

Many Egyptians are anxious about Cairo’s decision, he told the Reuters news agency on Monday.

“Egyptians are scared. They have jobs and a stable life here with their families. There is a state of panic,” he said.

Qatar has ordered citizens of Saudi Arabia, the UAE and Bahrain to leave the country, but is yet to take similar action against Egyptians.

Other countries that have major populations of workers in Qatar include India, Nepal, and Bangladesh.

UN: ISIL kills 163 people in Mosul in one day