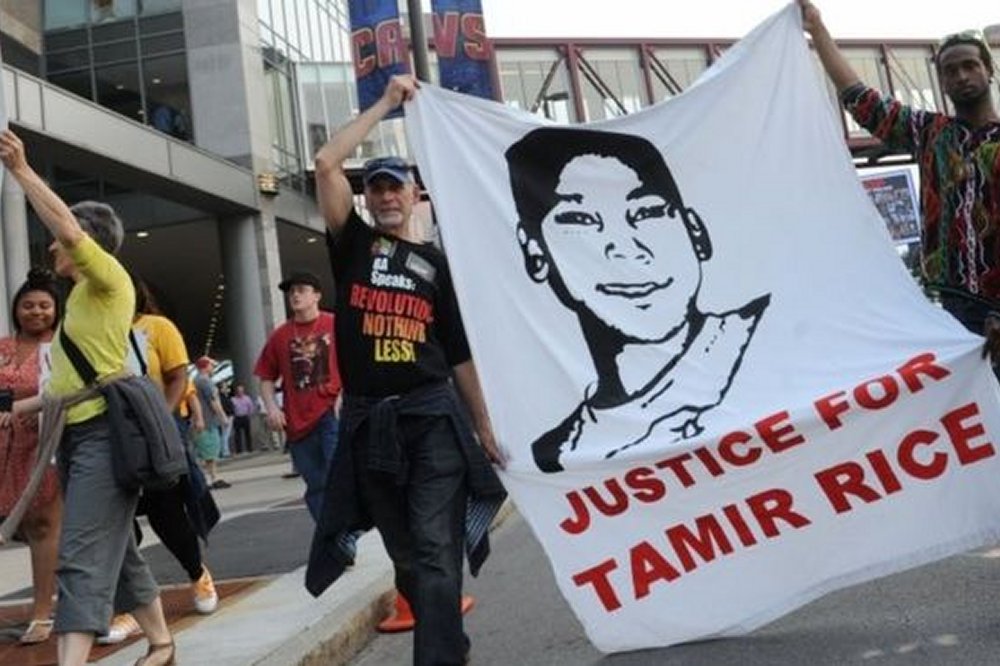 A white police officer who fatally shot a 12-year-old black boy in Cleveland, Ohio, in November 2014 has been sacked for lying on his cadet application.

City officials announced Mr Loehmann’s sacking and a 10-day suspension for his partner at the scene, Frank Garmback.

The penalties come more than a year after a grand jury declined to indict them in the boy’s death.

An investigation found the officers had not violated procedures but also uncovered details which led to Mr Loehmann’s dismissal.

Mr Loehmann had been allowed to resign from another police department instead of being sacked for being emotionally unstable.

But he did not disclose the full circumstances when applying to join the the Cleveland police force.

“Patrol Officer Loehmann had been charged with rule violations concerning his application… specifically answers he had provided on his personal history statement,” Cleveland’s Director of Public Safety, Michael McGrath, said at a press conference.

The other officer, Frank Garmback, was assigned extra tactical training in addition to his suspension.

Tamir Rice had been playing with the pellet gun in a park on 22 November, when a police cruiser pulled up close by.

Mr Loehmann was still in his six-month probationary period when the shooting happened. His dismissal is effective immediately, officers said.

The settlement carried no admissions of any wrongdoing.