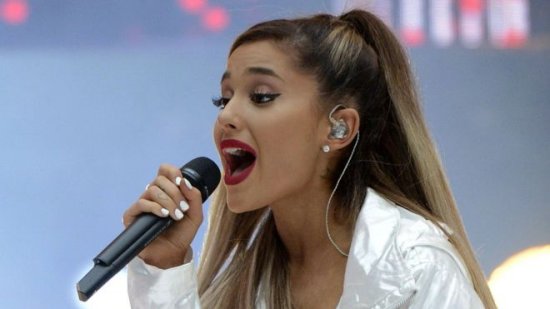 Justin Bieber, Coldplay and Katy Perry are among the stars who will join Ariana Grande at a benefit concert following the Manchester attack.

The One Love Manchester show will raise money for those affected by the blast which left 22 dead.

Take That, Miley Cyrus and Pharrell will also play at the Old Trafford Cricket Ground gig on Sunday.

Grande is offering free tickets to fans who were at her Manchester Arena show on 22 May.

Others performing include One Direction’s Niall Horan and Usher, with more to be announced. The venue has a 50,000 capacity and the gig will be broadcast on BBC One and BBC radio.

Tickets for the tribute concert go on sale on Thursday, with prices yet to be announced. Those attending are asked not to bring bags.

Proceeds will go to the We Love Manchester emergency fund, which has been set up by Manchester City Council, in conjunction with the British Red Cross. Organisers expect at least £2m to be raised from the event.

Grande sent a tweet with details of the gig, with the One Love logo featuring the bunny ears she is known for wearing. Her manager Scooter Braun also tweeted, with the message: “We stand with you.”

Seven children were among the victims who died when Salman Abedi detonated a bomb on 22 May.

But the US singer had promised to return to Manchester, saying: “I don’t want to go the rest of the year without being able to see and hold and uplift my fans”.

“I’ll be returning to the incredibly brave city of Manchester to spend time with my fans and to have a benefit concert in honour and raise money for the victims and their families.”

Earlier on Tuesday, Greater Manchester Police chief constable Ian Hopkins told BBC Radio Manchester: “When the idea of the concert came up, my first reaction was, we need to speak to the families of the victims and see what they feel.

“It’s fair to say that the majority of them are very much in favour, there are some that clearly aren’t and that is absolutely understandable.”

After the attack, the singer posted her condolences on Twitter, saying: “Broken. from the bottom of my heart, i am so so sorry. i don’t have words.”

Fifty people injured in the attack were still being treated in hospital – including 17 in critical care.

Manchester Victoria station reopened on Tuesday. The station, which is connected to Manchester Arena, suffered structural damage in the incident.

As well as BBC radio, the three-hour show – which will take place from 19:15 BST – will be broadcast on Capital Radio networks.

BBC director general Tony Hall said: “Bringing the nation together, the BBC is proud to be broadcasting what will undoubtedly be a moving tribute to the victims and their loved ones.”

The kick-off for Manchester United player Michael Carrick’s charity testimonial, taking place in Manchester on the same day as the tribute concert, has now been moved to an earlier time so it does not clash with the concert.

Police say their investigation into the attack is “making good progress” and has around 1,000 people working on it.

In total 16 people have been arrested – but a woman and a 16-year-old boy were later released without charge.

What to expect at Bill Cosby sex assault trial