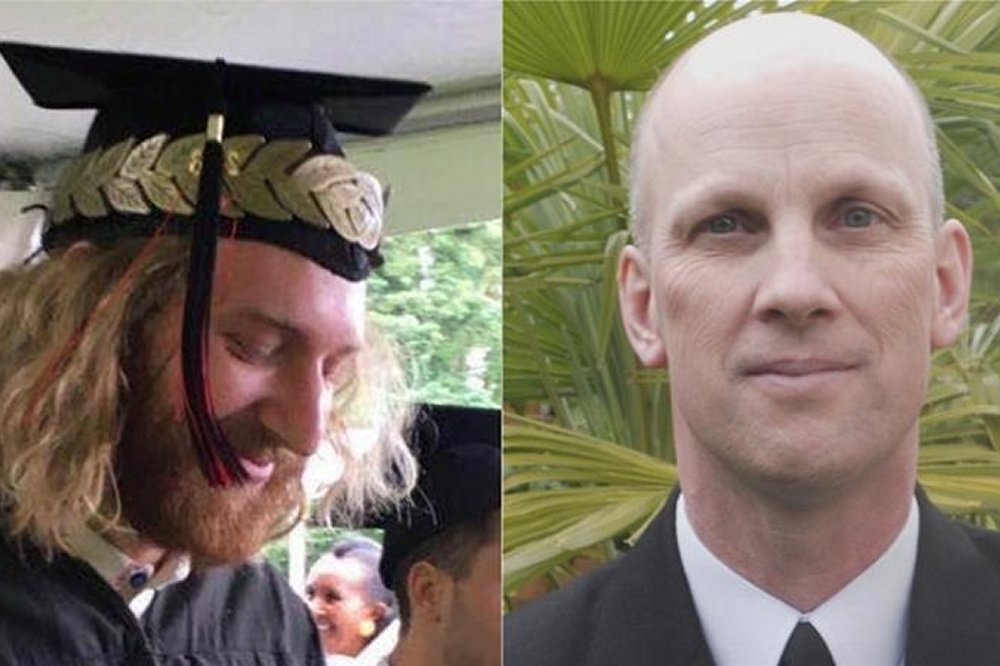 US police have identified the two men killed by a white supremacist on a train in Portland as they attempted to defend passengers the suspect was bullying.

On Friday, Jeremy Joseph Christian – a 35-year-old who was known to authorities – stabbed to death 53-year-old Ricky John Best and Taliesin Myrddin Namkai Meche, 23, after they stepped in to defend two girls Christian was bullying.

At least one of the girls was wearing a headscarf and is believed to be Muslim.

Christian is reported to have shouted Islamophobic slurs at the girls, as well as other hate speech.

Police said on Saturday that Best died at the scene and that Meche succumbed to his wounds at a hospital after Christian slit their throats.

A third victim, 21-year-old Micah David-Cole Fletcher, was also stabbed in the attack and is in serious condition at a hospital in Portland, Oregon. Police say his injuries are not believed to be life-threatening.

The attack happened on the first day of Ramadan, the holiest time of the year for Muslims, and sent shockwaves through a city that prides itself on its tolerance and liberal views.

Meche’s mother, Asha Deliverance of Ashland, Oregon, confirmed on Facebook that her son had been killed.

“He was a hero and will remain a hero on the other side of the veil. Shining bright star I love you forever,” she wrote.

Dyjuana Hudson, a mother of one of the girls, told The Oregonian/OregonLive that the man began a racial tirade as soon as he spotted the girls. Her daughter is African-American and was with a friend who was wearing a hijab, she said.

“He was saying that Muslims should die,” Hudson said. “That they’ve been killing Christians for years.”

According to The Portland Mercury, Christian was a “known local white supremacist”, while his Facebook posts were reportedly replete with far-right themes.

In April, local reporter Mike Bivins filmed Christian at a march by the far right.

In the footage, Christian is draped in an American Revolutionary War flag and can be seen performing a Nazi salute and heard shouting “Die Muslims. Die fake Christians. Die Jews”, as police watch on.

Court records show Christian – who will face trial on Tuesday – served prison time for first-degree robbery and second-degree kidnapping after a crime committed 15 years ago, when he was 20, and theft and weapons charges were dismissed in 2010.

The court documents did not say why the charges were voided.

Mayor Ted Wheeler, on his way back from London, posted a Facebook message condemning the attacks.

“There is too much hatred in our world right now, and far too much violence. Too much of it has arrived here in Portland,” he wrote.

A memorial where the stabbing took place has been set up.

“That people feel emboldened to come out and show their racism and bigotry in that way is horrifying to me. It’s a gut check for everywhere – and absolutely for Portland,” said Christopher Douglas, who stopped at the memorial.

“Portland … floats in a little bit of a bubble of its own liberal comfort and I think the reality is sinking in.”

Many on social media hailed the two victims as heroes as they promoted crowdfunding pages to support their grieving families.