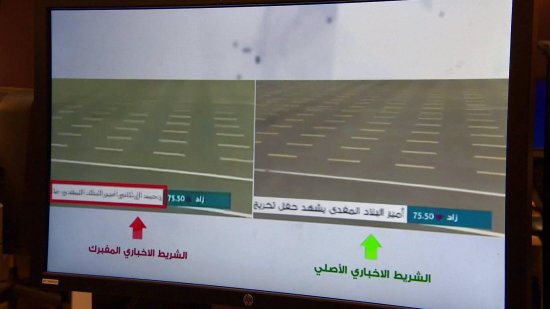 “Fake news”, decried by everyone from Donald Trump to Theresa May to Vladimir Putin, has now shown up in the broadcasts of Sky News Arabia and Al Arabiya news channels.

Qatar’s government categorically denied that comments in which the country’s leader expressed support for Iran, Hamas, Hezbollah and Israel – while suggesting that US President Donald Trump may not last in power – were ever made.

“There are international laws governing such crimes, especially the cyberattack. [The hackers] will be prosecuted according to the law,” Mohammed bin Abdulrahman Al Thani, Qatar’s foreign minister, said in Doha on Wednesday.

Al Jazeera approached Sky News Arabia’s joint owner, Sky PLC in the UK, to ask what media standards their Gulf affiliate adheres to, but they have yet to comment.