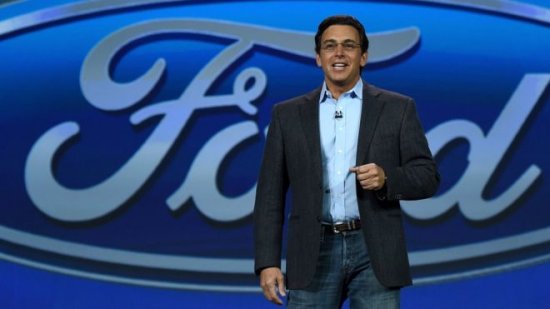 Ford chief executive Mark Fields is set to depart following a major reshuffle at the car maker, according to reports.

His expected departure, first reported by the New York Times, comes as Ford faces weak sales, falling profits and a near-40% decline in its share price since Mr Fields took up his role in 2014.

He may be replaced by James Hackett of Ford’s autonomous driving unit.

A Ford spokeswoman declined to comment on the reports.

Last week, the carmaker said it planned to cut around 10% of its global workforce.

Sales in April were down 7% in the US and 11% lower in Europe compared with the same month last year. The firm has also been hit by costs related to safety recalls.

GM reported a record performance in the first three months of 2017, with revenue 10.6% higher at $41.2bn. It said its performance was driven by strong sales of trucks and SUVs in the US, along with cost cutting around the world and growth at its GM Financial arm.

At the time Mr Fields said the quarter was “an investment in Ford’s future”. The company launched new vehicles and he said it was “fortifying our core business, while also investing in emerging opportunities that will deliver profitable growth”.

In recent years, Ford has been investing heavily in self-driving technology and ride-sharing services.

Apple to invest $1B in ‘manufacturing fund’ to create U.S. jobs