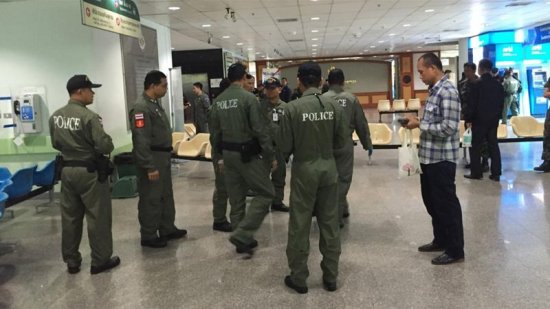 A bomb explosion at a hospital in downtown Bangkok has “slightly” injured at least 24 people, police in the Thai capital said.

Monday’s incident took place as Thailand marked the three-year anniversary of the May 2014 military coup.

There was no immediate claim of responsibility.

The explosion occurred in a guest room for retired military officials at King Mongkut hospital, and all of the injured received treatment, local TV station TNN24 reported.

“It was a bomb. We found the pieces that were used to make the bomb,” Kamthorn Aucharoen, commander of the police’s explosive ordnance team, told Reuters news agency.

Investigators found remains of batteries and wires at the scene of the blast, said Srivara Ransibrahmanakul, the deputy national police chief.

He added that three of the wounded received serious shrapnel injuries to the face and neck, but most of the victims had minor wounds.

Some of the injured were hurt by broken glass, TNN24 said.