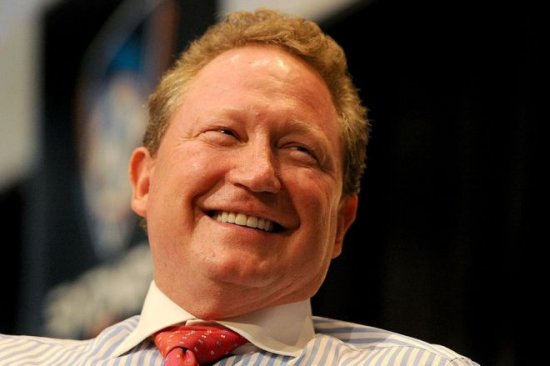 Australian mining magnate Andrew Forrest and his wife, Nicola, have announced they will give A$400m ($298m) to charity.

PM Malcolm Turnbull said the donation was “the biggest single philanthropic gift” in the nation’s history, and the largest by a living Australian.

The Fortescue Metals chairman has a history of philanthropy.

“I have been very fortunate, with my wife, Nicola, to be able to accumulate capital, and then as soon as we can to commence giving it away,” said Mr Forrest, who is estimated by Forbes to have a net worth of almost A$5.8bn.

“We had a slightly unsustainable business model previously, where we would actually borrow money to give it away. Fortunately, we don’t have to do that now, thanks to the strength of the iron ore sector.”

Who is Andrew Forrest?

A 55-year-old entrepreneur, Mr Forrest graduated from the University of Western Australia with an economics degree in 1983.

Mr Forrest was once Australia’s richest man, with his wealth peaking in 2008 during the nation’s mining boom.

In 2013, he pledged at least 50% of his wealth to charity after joining the Giving Pledge campaign launched by US billionaires Bill Gates and Warren Buffett.

How will the donations be spent?

Mr Turnbull described the donation as an “extraordinary act”, and said it would be spent in various ways:

“It will change the lives of thousands of people here in Australia and around the world,” Mr Turnbull said at a briefing in Canberra.

“All of us should seek to do as much as we can with what we have. So, this is real leadership and leading by example.”