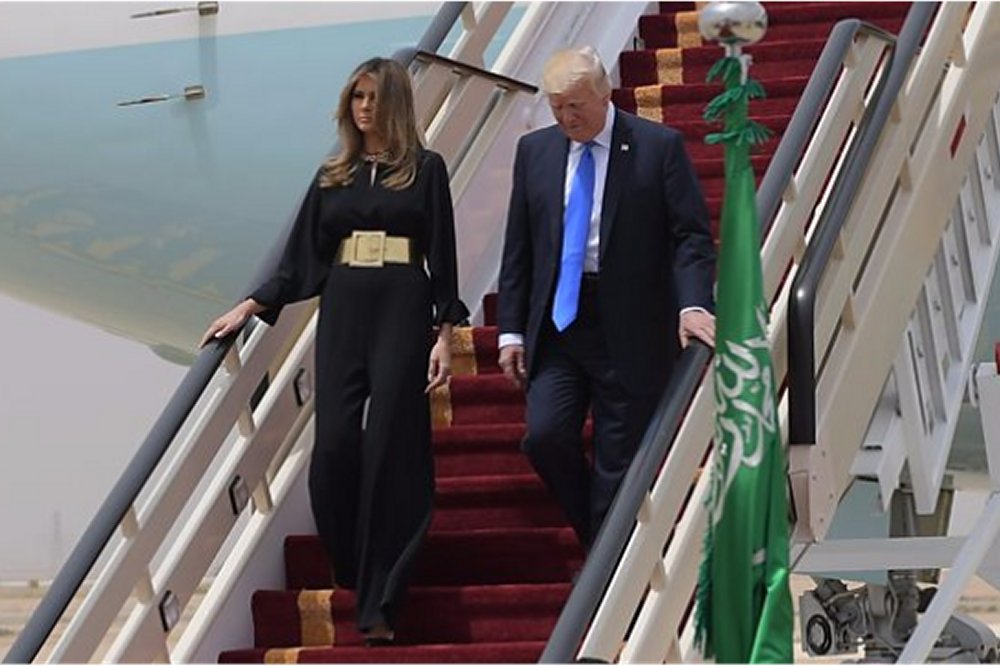 Multi-billion dollar deals between the US and Saudi Arabia will be signed on Saturday as US President Donald Trump’s first foreign trip begins in Riyadh.

Mr Trump and his wife Melania were greeted in the Saudi capital by King Salman on Saturday morning local time.

The eight-day trip will also take in Israel, the Palestinian territories, Brussels, the Vatican, and Sicily.

He has strongly criticised the decision to appoint a special counsel to oversee an inquiry into alleged Russian influence on the US election.

Mr Trump is accompanied on his visit by his daughter Ivanka, an unpaid White House adviser, and her husband Jared Kushner, a key member of the Trump cabinet.

Like British Prime Minister Theresa May and German Chancellor Angela Merkel on their recent visits to Saudi Arabia, Mrs Trump and Ivanka Trump did not wear headscarves.

In January 2015, Mr Trump criticised then-First Lady Michelle Obama for doing the same. In a tweet, Mr Trump said she had “insulted” her hosts.

On Sunday, Mr Trump will attend the Arab Islamic American Summit in Riyadh and speak about his “hopes of a peaceful vision of Islam”. Aides say the president hopes his speech will resonate worldwide and express “a common vision of peace, progress and prosperity”.

Mr Trump caused controversy during his campaign by calling for Muslims to be temporarily banned from entering the US over security concerns. Legislation aimed at restricting travel from several Muslim-majority countries remains tied up in the US courts.

The summit agenda is expected to focus on combating Islamist militants and the growing regional influence of Iran.

Mr Trump has been a fierce critic of the international deal with Iran which eased sanctions in return for a curb on its nuclear activities.

Unlike his predecessor, Barack Obama, he is not expected to highlight human rights during his trip.

On Saturday morning, Amin Nasser, the chief executive of Saudi oil giant Aramco, said $50bn (£38bn) of deals would be signed with 11 US companies. The deal is part of a wider drive to diversify the Saudi economy away from oil.

Separately, US media say Saudi Arabia will commit to buying about $100bn of US-made arms.

Saudi Arabia has been fighting Houthi rebels in neighbouring Yemen since March 2015. The United Nations says about 10,000 people have been killed since the fighting began, with Yemen on the verge of famine.