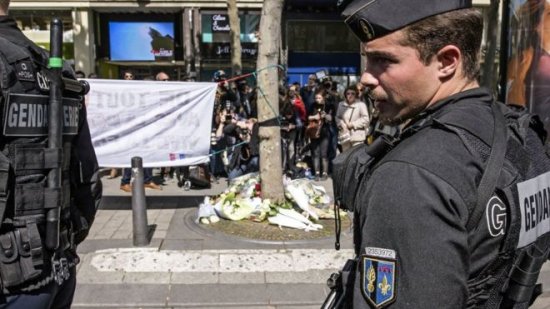 French police have charged a man with terrorism offences after his DNA was found on the gun used to shoot dead a police officer in Paris last month, judicial sources say.

The 23-year-old, who was not named, was not previously known to investigators.

He is the first person to be charged in connection with the shooting on the iconic Champs Elysees.

A note was found beside his body praising the Islamic State (IS) group.

The suspect, who was arrested in the Paris region, has been charged with criminal terrorist conspiracy and using a weapon linked to terrorism, the sources said. His DNA was reportedly found on the butt of the Kalashnikov used in the attack.

He is being held in custody and is said to have told investigators he did not know Cheurfi.

Cheurfi drove up to a parked police bus in Champs Elysees and opened fire at the driver’s window, killing the officer inside. He then went around the bus and fired on two other police officers.

IS announced soon after that one of its “fighters” had carried out the attack but it named him as “Abu Yousif al-Belgiki [the Belgian]”. Cheurfi was from Paris’s eastern suburbs.

Prosecutors say Cheurfi had spoken about wanting to kill police but had no apparent link to Islamist radicalism.