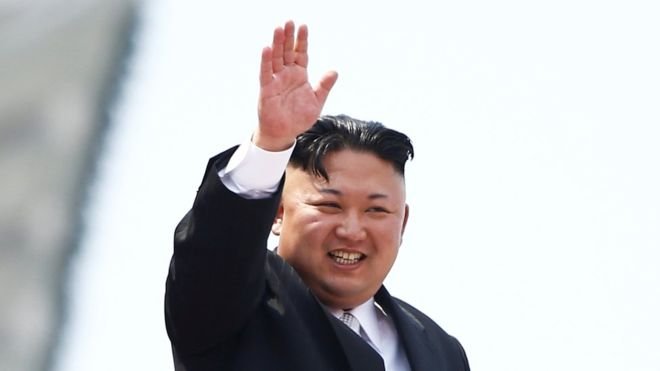 North Korean scientists responsible for the successful launch of the country’s latest missile, the Hwasong-12, are being feted in state media and instructed to make more weapons.

“Comrade Kim Jong Un took a souvenir photograph with the developers of the surface-to-surface midrange strategic ballistic rocket Hwasong-12, after inviting them to the building of the central committee of the Workers’ Party, [who are] the chiefs of staff of the Korean revolution,” the newspaper stated.

According to the Rodong, the North Korean leader urged the scientists and technicians to “tighten the bootstraps of their minds, and make more powerful weapons of self-reliance.”

“All the participants made a burning resolution, after the exciting thunder of the ‘flames of self-reliance’ exploded simultaneously and sequentially…to carry out the honorable duty of being the foremost leaders, the pioneering champions, in the formation of a strategic nuclear power for the Workers’ Party,” the newspaper stated.

The state’s high praise of the scientists comes at a time when sources in the country say Kim is conferring privileges to the group, including exemption from the state’s 10-year military conscription.

“Not only are they exempt from military service for 10 years, they also receive good housing and live a stable life,” one North Korea source told Radio Free Asia.

Related Topics:AsiaHwasong-12Kim Jong Un
Up Next