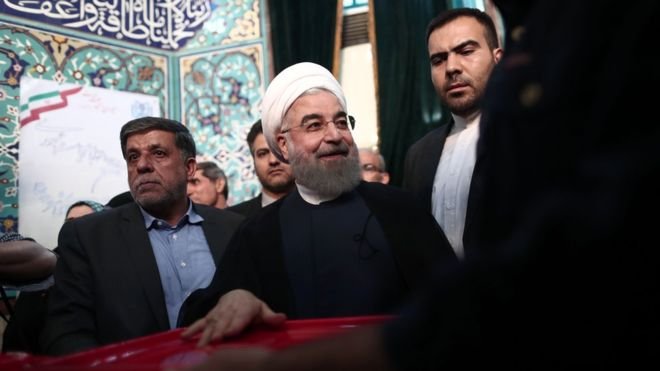 Iran’s President Hassan Rouhani has won a second term in office, the interior minister has announced.

Mr Rouhani, a moderate who agreed a deal with world powers to limit Iran’s nuclear programme, will thus avoid a second-round run-off.

His main challenger has complained about alleged voting irregularities.

Ebrahim Raisi, a conservative cleric, accused supporters of Mr Rouhani of hundreds of acts of propaganda at voting booths – banned under electoral law.

Voting time had been extended by five hours on Friday, until midnight, amid an unexpectedly high turnout of about 70%.

Election officials said the extensions to voting hours were due to “requests” and the “enthusiastic participation of people”.