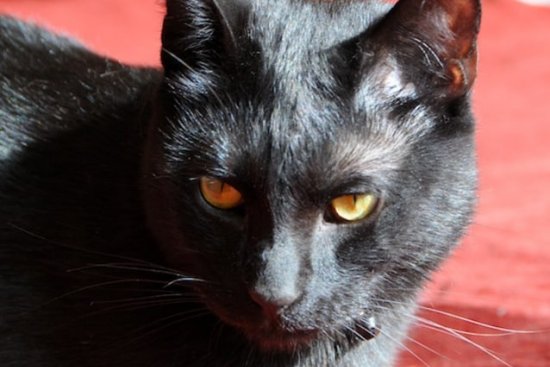 An animal rescue group in Australia posted a listing online seeking a home for a pet that might be difficult to place, due to being an “utter bastard of a cat.”

The listing says Mr. Biggles “is an utter utter utter bastard. He looks gorgeous with his slinky shiny black fur and big yellow eyes… but beware. If he doesn’t like what you’re doing he will give you a nip! Sometimes he likes to swipe at your feet too. It just depends on what he can reach at the time.”

The rescue group said the “despot and dictator” of a feline “likes his cuddles on his terms, and will sit in your lap when he decides it’s time. If the stroking is not up to his standards, he will nip you.”

The group noted Mr. Biggles does play well with kittens, and is accepting of limited affection — “if he’s feeling mellow” — but the listing cautions that “Lord Bigglesworth believes he was put on this earth to be decorative and be worshipped by his human slaves!”

The listing quickly went viral on the website, leading the animal rescuers to create their own website for Mr. Biggles in the hopes of finding him a permanent home, utterbastardcat.com.

Peacock trashes liquor store in California to tune of $500