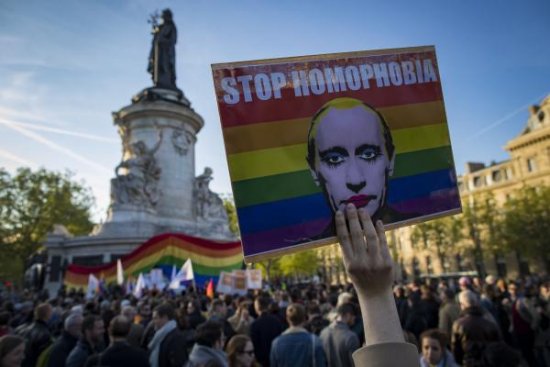 A group seeking refuge for some 40 gay men hiding in Russia who were detained and tortured in Chechnya said five nations have come forward to offer them new homes.

The only nation to be named publicly thus far is Lithuania. BuzzFeed reported Thursday the United States was approached by members of the Russian LGBT Network, the group working on behalf of the men, but they were told U.S. visas for the men were not likely to be approved.

A Russian newspaper reported last month more than 100 men who are gay or were suspected of being gay were detained at a Chechen prison and tortured. At least three men were killed.

Chechnya is a semi-autonomous republic in southern Russia. It is predominantly Muslim and its authoritarian leader, who is loyal to Russian President Vladimir Putin, has railed against homosexuality, proclaiming gays “simply don’t exist” there.

Putin has pledged the Russian government will investigate the reports.

About 40 of the men who were tortured fled Chechnya and are in hiding in other parts of Russia while activists seek to find them safe passage to other countries. Members of the Russian LGBT Network told the BBC they are keeping the names of the other participating nations quiet to resettle members of the group without jeopardizing their safety or angering the Russian government.

A spokesman for the group said the United Kingdom, which like the United States condemned the situation, also has not come forward to offer visas for the men to relocate there. Both countries require individuals seeking political asylum to do so on its shores, and not before leaving their home country. In the United States, asylum-seekers are normally required to return to their home country while their request is evaluated, a process that can take months.

The United States does not issue visas on humanitarian grounds, meaning the only way the men could travel to the United States is on a tourist visa, which would require proof of their intention to return to Russia when the visa expires.

German Chancellor Angela Merkel raised the issue in a meeting with Putin, but it was not clear whether Germany was one of the five nations who have offered to help.