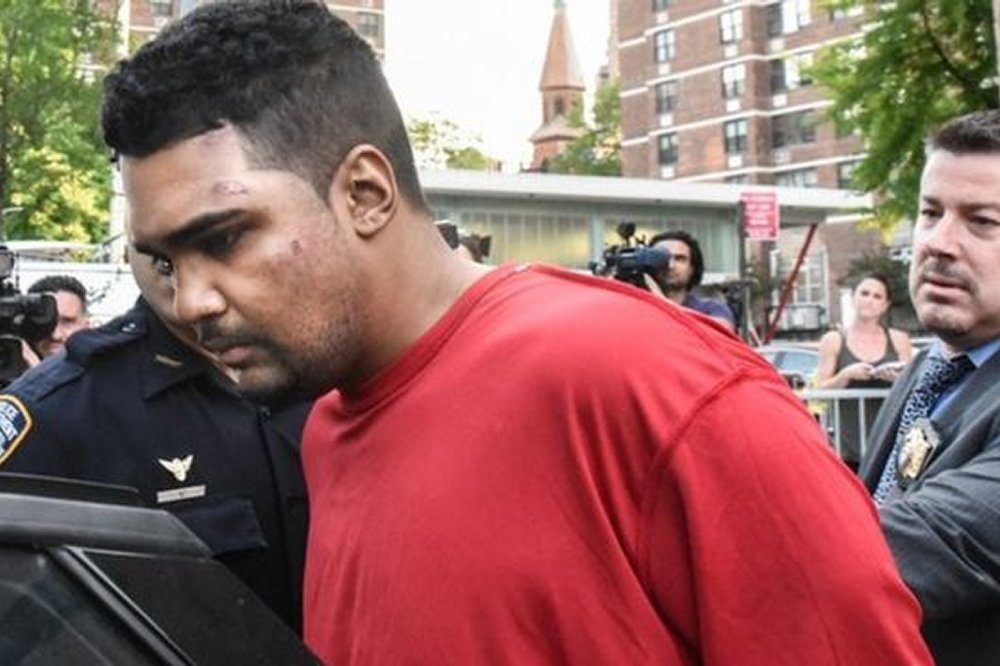 A man who drove a car along three blocks of pavement in New York’s Times Square, killing a teenager and injuring 22 people, said he had “heard voices”, according to law enforcement sources.

Richard Rojas, 26, a US Navy veteran who was arrested twice previously for drink-driving, is now in custody.

He also said he expected to die, the sources told AP news agency.

According to Reuters, he said after being arrested: “You were supposed to shoot me! I wanted to kill them.”

Mr Rojas has been charged with second-degree murder, aggravated vehicular homicide and multiple counts of attempted murder. He is expected to appear in court later on Friday.

The streets in Times Square, a bustling tourist district, were thronged with visitors when the car ploughed through the crowds.

The burgundy Honda saloon mounted the pavement at 45th Street and Broadway at 11:55 local time (15:55 GMT) and drove at high speed for three blocks before crashing into a pole.

It came to a standstill with smoke and flames escaping the bonnet.

Afterwards, victims lay on the ground, many of them separated from their scattered shoes and belongings, as medical staff, police officers and passers-by tried to assist them.

One pregnant woman at the scene said: “A man pulled me out of the way of the car. I think he saved my life.”

Media reports say a ticket agent and a worker at Planet Hollywood restaurant were among the people who helped police subdue and detain Mr Rojas.

The Planet Hollywood worker, Ken Bradix, told Associated Press: “He began screaming, no particular words but just utter screaming. He was swinging his arms at the same time. There was something wrong with him.”

The incident evoked recent terrorist attacks by vehicles in London, Nice and Berlin but New York Mayor Bill de Blasio said there was “no indication” it was an act of terrorism.

What do we know of Rojas?

According to media reports, he has a history of offending:

One neighbour told Reuters Mr Rojas had come back from serving in the navy with a drinking problem.

Harrison Ramos, who lives in Mr Rojas’s building in the Bronx, said: “He went through a real tough time. Don’t make him out to be a terrorist or something. He served his country and when he came back, nobody helped him.

“That’s my friend. I care about him, and it hurts.”

One investigator told the New York Times Mr Rojas had so far offered no coherent explanation, and was “just rambling and saying crazy stuff”.