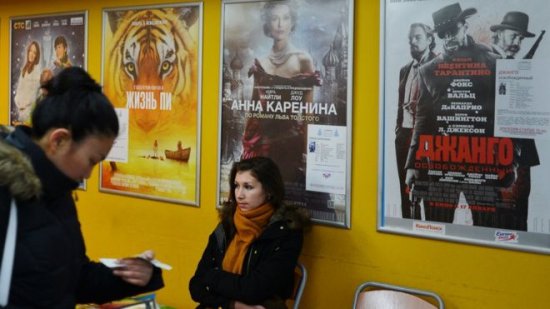 Vladimir Medinsky told MPs that the state budget for Russian cinema was less than half the Hollywood budget for a hit like The Fast and the Furious.

He said there were both financial and ideological grounds for restricting Hollywood films in Russia.

Russian cinema-goers ought to pay extra to see US movies, he argued.

“Currently a ticket for a Hollywood movie and one for a Russian movie costs the same – 230 roubles ($4) – and that’s wrong,” he said.

Earlier a Communist Russian MP and film director, Vladimir Bortko, complained that the culture ministry was spending 35m roubles ($608,000) on Russian cinema, whereas the typical budget for one Hollywood movie was $12m.

Mr Medinsky agreed that Russian cinema needed more state support, because “there is no suggestion that these films can compete with the sales of Hollywood blockbusters”.

He asked MPs to consider whether Russians would buy a Russian-made car if a US car was on sale for the same price.

According to Mr Bortko, 156 Russian films were shown in Russian cinemas last year, but they drew only 18% of the audience.

Related Topics:LifestyleRussiaUS films
Up Next