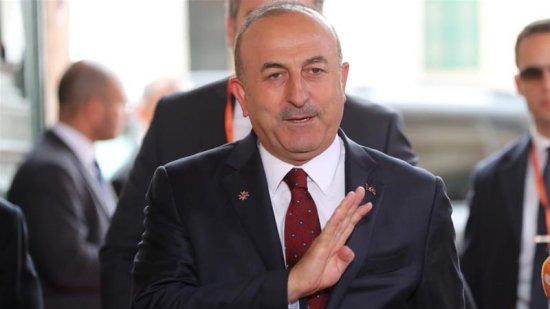 Turkey has called for the removal of the US diplomat coordinating an international coalition fighting ISIL in Syria and Iraq, accusing him of backing Syrian Kurdish fighters.

Ankara regards the Kurdish Peoples’ Protection Units (YPG) as an extension of the Kurdistan Workers Party (PKK) group, which has been fighting a decades-old armed campaign in southeast Turkey and is considered a “terrorist organisation” by Turkey, the United States and the European Union.

Yet, the US views the YPG, a central part of the Syrian Democratic Forces (SDF), as its main ally in the battle on the ground against ISIL. Earlier in May, US President Donald Trump pledged to arm the group ahead of a planned attack on Raqqa, ISIL’s self-proclaimed capital in Syria.

Mevlut Cavusoglu, Turkey’s foreign minister, said on Thursday he wanted Brett McGurk, the US special envoy to the anti-ISIL coalition, removed from his post.

“McGurk is definitely giving support to PKK and YPG. It would be useful if this person was replaced,” Cavusoglu told the private NTV television.

Al Jazeera’s Mohammed Jamjoom, reporting from Geneva, where a new round of United Nations-backed Syria talks is currently under way, said Cavusoglu’s comments were “definitely significant”.

He added, however, that “it was still early to call this a diplomatic rupture” as it was still unclear what Ankara’s next moves would be.

Jamjoom said that Turkish officials had been critical of McGurk in the past too, accusing him of being too supportive towards the Kurds.

“That has angered the Turks on many occasions – but this is different,” he said. “This is ratcheting up the rhetoric … at a time that is fraught with a lot of tension and there is such a concerted effort to defeat ISIL.

“The question now becomes what more is Turkey prepared to do to put pressure on the US.”

Doruk Ergun, a security policy analyst, said Cavusoglu’s comments did not represent an official request from Ankara, but rather “an airing of Turkish frustration”.

“Turkey intially hoped that with the incoming administration, [ex-President Barack] Obama-era policies would be replaced,” he told Al Jazeera from Istanbul.

“This shows that Turkey’ hopes were misplaced … and displays Turkey’s frustration with the Trump administration, which very much continues the Obama administration’s policies on Syria.”

In an interview with Al Jazeera last month, Turkish President Recep Tayyip Erdogan criticised Obama over an agreement between the two to fight what he described as “terrorist groups” operating in Turkey.

“With President Obama, we had a mutual agreement about the PKK – but Obama deceived us,” Erdogan said, before adding: “I don’t believe the Trump administration will do the same”.

Cavusoglu’s remarks came just two days after Erdogan met Trump for talks on a range of issues, including Washington’s recent decision to send weapons to the YPG despite Ankara’s strong opposition.

“Taking the YPG and [its political wing] PYD into consideration in the region will never be accepted and will go against a global agreement that we have reached,” Erdogan told in a joint news conference after meeting Trump.

“We should never allow those groups to manipulate the religious and ethnic structure of the region making terrorism as a pretext or excuse.”

The SDF, an alliance of Kurdish and Arab fighters, said last week it plans to launch the final assault on Raqqa city in early summer.

Its war on Raqqa has already seen the group capture large swaths of the surrounding province with help from US-led coalition air raids.

According to Turkish media reports, Erdogan told Trump that the US had made its decision on the subject of the Raqqa operation and that Turkey could not participate, given the YPG involvement.

“We told them … we do not regard your cooperation with a terrorist group in Raqqa as healthy,” Erdogan was cited as saying, but he said he expected a role for Turkey in Syria.

“I believe they will knock on our door on the subject of Syria,” he said.

Turkey opens ‘city’ for orphans of the Syrian war