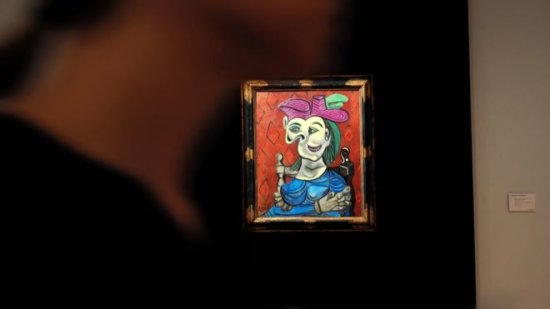 One of Pablo Picasso’s best-known portraits has been sold at auction in New York for $45m.

During World War Two, the Nazis seized the painting but were intercepted on their way from Paris to Moravia by French Resistance fighters.

Seated Woman went to a US collector and six years ago it was sold for $26m.

Dora Maar and Picasso had an intense relationship for nine years. He painted Seated Woman in 1939, when he was 58 and she was 31.

It is one of the great Picasso portraits of his middle years, inspired – as so often – by love and by powerful sexual desire, BBC arts correspondent Vincent Dowd reports.

Russia may charge extra to watch big-budget US films