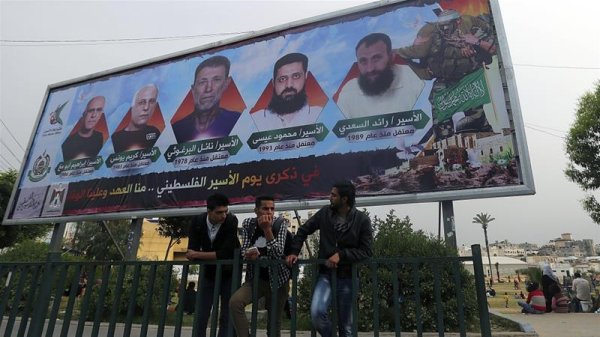 Palestinian hunger-strike leader Marwan Barghouti has denied the authenticity of a video purportedly showing him eating secretly in his prison cell, his lawyer said.

Barghouti, along with 1,500 Palestinian prisoners held by Israel, launched a hunger strike on April 17, demanding better conditions, including family visits.

Last week, Israeli authorities, in an apparent attempt to discredit Barghouti, released a video that they said showed the 58-year-old Barghouti having food.

On Sunday, his lawyer Khader Shkirat said he described the video to Barghouti who told him it’s not authentic.

According to Shkirat, Barghouti said the cell featured in the video, with a bunk bed, is much nicer and cleaner than the run-down cell where he is being held, which has a single bed, smelly blanket and no pillow.

“Marwan said that he does not know when these pictures were taken, and he considered publishing the video as blackmail and illegal action by the Israeli government,” Shkirat said before adding that Barghouti is preparing to see his protest “to the end” by refusing to drink water.

“I plan to escalate my hunger strike soon. I will stop drinking water,” Barghouti was quoted as saying. “There is no backtracking. We will continue until the end.”

Israel has alleged Barghouti, widely seen as a potential successor to Palestinian President Mahmoud Abbas, staged the strike to raise his political profile.

Barghouti is serving multiple life sentences after an Israeli court convicted him of directing attacks that killed five people during the second Palestinian uprising.

Barghouti, in prison since 2002, never mounted a defence, saying the court had no jurisdiction over him.

He has been kept in isolation since the hunger strike began last month. His lawyer added that Barghouti has not been permitted to change his clothes, and that Israeli guards search his room four times a day.

In a rare statement last week, the International Committee of the Red Cross said it is Israel’s responsibility to ensure prisoners receive family visits.

Human rights groups say it is a violation of international law to move prisoners from occupied territories to detention centres in Israel, which also makes it more difficult for relatives to visit the inmates.

No radiation reported after collapse of plutonium plant tunnel in Washington