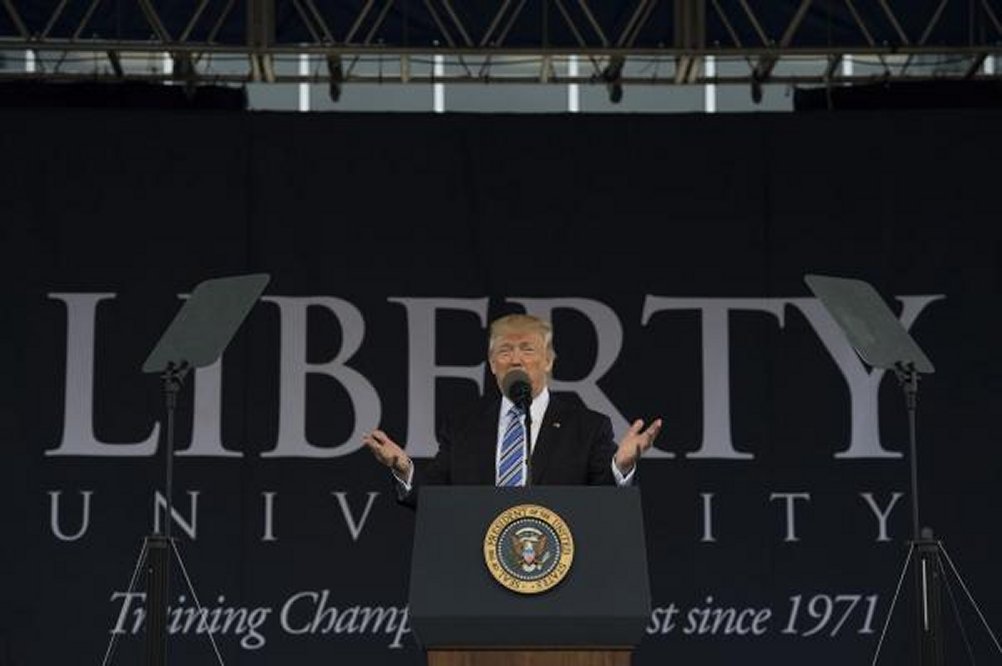 U.S. President Donald Trump, at a commencement speech Saturday to the country’s largest Christian college, promised to defend religious free speech for Christians and encouraged the students to embrace the label of “outsiders,” referencing his own experience running for president.

“As long as I am your president, no one is ever going to stop you from practicing your faith or from preaching what’s in your heart,” he told the crowd at Liberty University in Lynchburg, Va. “In America, we don’t worship government. We worship God.”

He also thanked the crowd, which contained an estimated 50,000 people , for assisting in his election win.

“Boy did you come out and vote, those of you that are old enough. In other words your parents,” Trump told the graduates.

Trump drew parallel’s between the journey of the graduates and his own presidential campaign, saying help from God was necessary to achieve both goals.

“Be totally unafraid to challenge entrenched interests and failed power structures,” he said. “Does that sound familiar, by the way?”

“Relish the opportunity to be an outsider,” he added. “Embrace that label. Being an outsider is fine. Embrace the label because it’s the outsiders who change the world and who make a real and lasting difference. The more that a broken system tells you that you’re wrong, the more certain you should be that you must keep pushing ahead.”