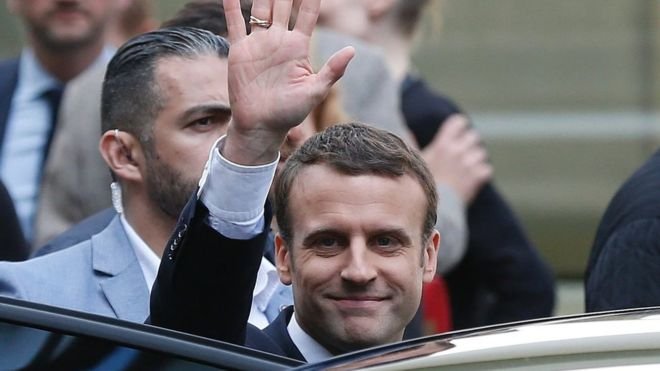 Tight security is in place across Paris for the inauguration of Emmanuel Macron as France’s president.

Mr Macron, an independent, won a resounding victory in last weekend’s second round of voting against the far-right candidate Marine Le Pen.

The former investment banker had never contested an election before and only formed his centrist political movement a year ago.

Hundreds of extra police will be on patrol across the French capital while the ceremony is conducted at the Elysee Palace, the president’s official residence.

At 39, Mr Macron will become France’s youngest leader since Napoleon and the first to be born after 1958, when France’s fifth republic was put in place by President Charles de Gaulle.

His En Marche political movement was formed just last year and as a new party – La Republique En Marche – will be fielding candidates for almost all of France’s 577 seats in June’s parliamentary elections.

Mr Macron will need a strong presence in parliament to put in place the economic and social reforms he promised voters during his campaign.

He has promised to “work for everyone” and sees his programme as straddling both left and right.

Mr Macron’s first week in office will be busy. He heads for Berlin on Monday to meet Chancellor Angela Merkel and to demonstrate his commitment to the European Union.

He is also expected to name a prime minister.

He says his main aims are to boost investment and to set up a “new growth model” that increases social mobility and helps the environment.