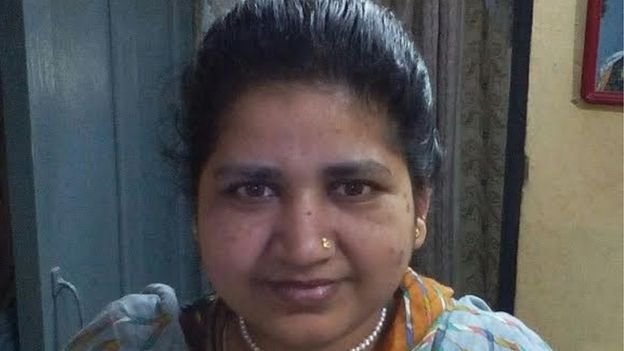 India’s Supreme Court has formally opened hearings into a number of petitions challenging the controversial practice of instant divorce in Islam.

The court said it would examine whether the practice known as “triple talaq” was fundamental to the religion.

India is one of a handful of countries in the world where a Muslim man can divorce his wife in minutes by saying the word talaq (divorce) three times.

But activists say the practice is “discriminatory”.

Many Muslim groups have opposed the court’s intervention in their religious matters, although the move has the backing of the current Indian government of Prime Minister Narendra Modi.

The sensitive issue is being heard by a multi-faith bench made up of five judges – a Hindu, a Sikh, a Christian, a Zoroastrian and one Muslim.

The bench has combined several petitions from Muslim women and rights groups into one to examine the issue.

The opposing sides have been given three days each to argue their cases, with the court saying the hearing will end by 19 May.

A judgement is expected to be delivered in the coming weeks.

Muslims are India’s largest minority community with a population of 155 million and their marriages and divorces are governed by the Muslim personal law, ostensibly based on Sharia, or Islamic law.

The law came into force in 1937 and lays out that, in matters of personal dispute, the state shall not interfere.

Shayara Bano, one of the petitioners challenging the controversial triple talaq, spoke to the BBC last year.

The 35-year-old mother of two was visiting her parents’ home in the northern state of Uttarakhand for medical treatment in October 2015 when she received a letter from her husband telling her that he was divorcing her.

Her attempts to reach her husband of 15 years, who lives in the city of Allahabad, have been unsuccessful.

“He’s switched off his phone, I have no way of getting in touch with him,” she told the BBC over phone from her home in the northern state of Uttarakhand. “I’m worried sick about my children, their lives are getting ruined.”

In February last year, she filed a petition in the Supreme Court, demanding a ban on triple talaq which, she says, allows Muslim men to treat their wives like “chattels”.

Even though it has been practised for decades, the unilateral instant “triple talaq” divorce finds no mention in Sharia or the Koran.

Islamic scholars say the Koran clearly spells out how to issue a divorce – it has to be spread over three months which allows a couple time for reflection and reconciliation.

Activists say most Islamic countries, including Pakistan and Bangladesh, have banned triple talaq, but it thrives in India.

In recent years, many Muslim men in India have told their wives they are divorcing them – by letter or telephone, and even by text message.

There have also been instances where Skype, WhatsApp or Facebook have been used for the purpose.

Related Topics:AsiaIslamic instant divorce
Up Next