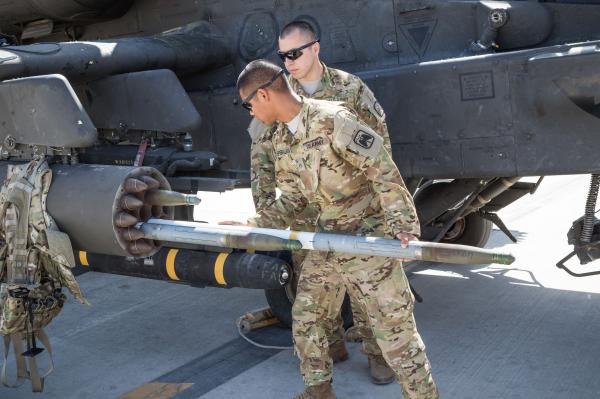 U.S. President Donald Trump’s senior advisers said they have proposed sending additional troops to Afghanistan to weaken the Taliban in an effort to bring about negotiations.

In order to send the reinforcements, Trump must approve the recommendation by his senior military and foreign policy advisers aimed at breaking a military deadlock in the war that began in 2001, U.S. officials told The New York Times. The proposed additional troops would work together with a greater number of Afghan forces and operate more closely to the front lines.

The new strategy, which is supported by top Cabinet officials, would give the Pentagon the authority to set troop numbers in Afghanistan and to carry out airstrikes against Taliban militants.

U.S. officials told The Washington Post the new plan expands the U.S. military role in Afghanistan to stem an increasingly confident and resurgent Taliban to force it back to the negotiating table with the Afghan government.

The recommendation was created after a review of the 15-year war — America’s longest — conducted by the Department of Defense, the Department of State, U.S. intelligence agencies and other government agencies.

In Afghanistan, there are 13,000 international troops — 8,400 from the United States — assisting the Afghan security forces, mainly in training and advising roles, but U.S. troops also carry out counter-terrorism operations.

The proposed plan would send an additional 3,000 to 5,000 U.S. troops, including hundreds of Special Operations forces. The U.S. government would request NATO nations to send thousands of troops. The final number of how many U.S. troops would be sent depends on how many troops NATO allies are willing to send.

Trump is expected to make a decision before the May 25 NATO summit in Brussels.

The Taliban frequently launches attacks, generally targeting Afghan troops, international troops and government officials. In April, the Taliban launched an attack in which it killed more than 140 soldiers stationed at Camp Shaheen, which serves as a headquarters of the Afghan National Army.