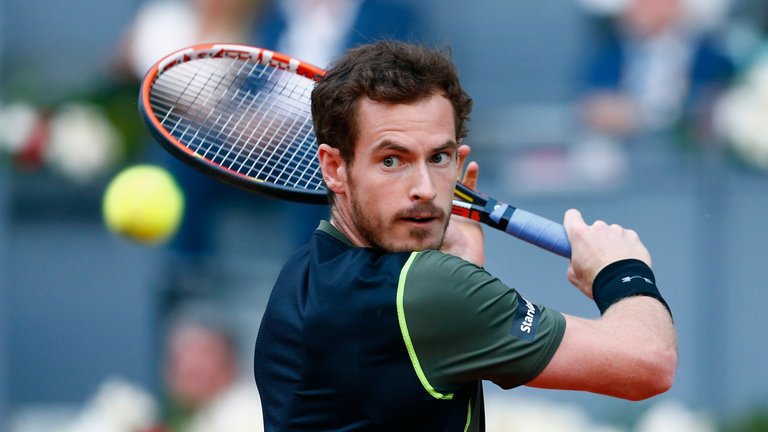 World number one Andy Murray progressed to the third round of the Madrid Open with a straight-set victory over Romanian Marius Copil.

Murray was not at his best early on but broke world number 104 Copil at 5-4 to take the first set and pounced again at 3-2 in the second.

He will face Croat Borna Coric or Frenchman Pierre-Hugues Herbert in the last 16.

It was a solid display from Murray against a potentially dangerous opponent as he prepares for the French Open, which starts on 28 May.

Copil will move into the world’s top 100 next week, and the 6ft 4in Romanian was the more aggressive player in the first set.

It took Murray until the 10th game to break his serve, and he finally prevailed through attacking Copil’s shaky backhand.

The Briton looked far more focused in the second set as he wrapped up victory in one hour and 23 minutes – with just nine unforced errors and without facing a break point.

Murray reached the final in Madrid last year, losing to Novak Djokovic, and took the title in 2015, but has so far had a mixed clay-court season.

After taking a month out due to an elbow injury and withdrawing from Britain’s Davis Cup quarter-final defeat by France, he lost in the Monte Carlo Masters last 16 on his return.

The Scot was beaten by Austrian Dominic Thiem in the semi-finals of the Barcelona Open last month.