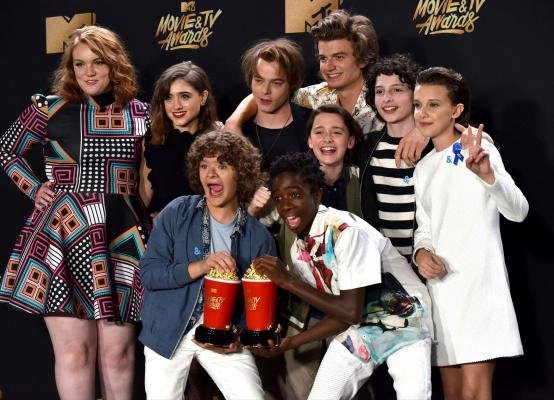 Beauty and the Beast was declared Best Movie and its star Emma Watson Best Actor in a Movie at the MTV Movie & TV Awards ceremony in Los Angeles Sunday night.

The Show of the Year prize went to Netflix’s Stranger Things, while its standout cast member Millie Bobby Brown earned the accolade for Best Actor in a Show.

Lil Rel Howery won the award for Best Comedic Performance for Get Out and his co-star Daniel Kaluuya went home with the Next Generation statuette.

Taraji P. Henson picked up the trophy for Best Hero for Hidden Figures and the film won for Best Fight Against the System.

The Best Tearjerker title went to This is Us co-stars Milo Ventimiglia and Lonnie Chavis, while Logan scene partners Hugh Jackman and Dafne Keen won for Best Duo and the Best Kiss prize was presented to Moonlight cast members Ashton Sanders and Jharrel Jerome.

The Fast & Furious was recognized with the Generation Award.

Kenny Rogers prepares to hang up his microphone

Robert Wilson, the father of Luke and Owen Wilson, dies at 75