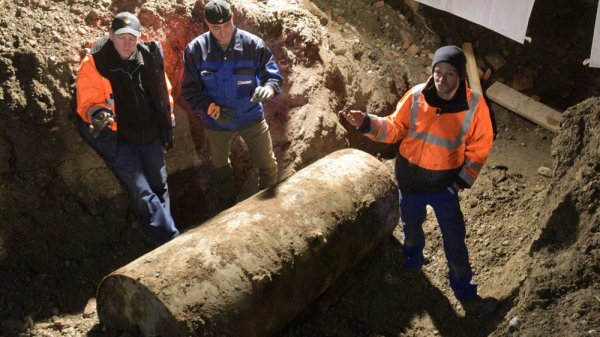 More than 50,000 people were evacuated from Germany’s northern city of Hanover on Sunday in one of the country’s largest post-war operations to defuse unexploded World War II-era bombs.

Residents in a densely populated part of the city were ordered to leave their homes for the operation, planned since mid-April, to remove several recently discovered unexploded bombs.

Authorities had expected to remove at least five explosive devices, but only three were found. Two were defused successfully, while the third required special equipment to be made safe.

At two other sites, only scrap metal was found.

More than 70 years after the end of the war, unexploded bombs are regularly found buried on German land, a legacy of the intense air campaigns by allied forces against Nazi Germany.

Several retirement and nursing homes were affected and some rail traffic through the city was disrupted because of the operation, which was expected to last all day.

Authorities arranged sports, cultural and leisure activities – including museum visits – and film screenings for residents affected by the mass evacuation.

German authorities are under pressure to remove unexploded bombs from populated areas with experts arguing the old ordnance is becoming more dangerous as time goes by because of material fatigue.

The biggest evacuation took place in December 2016 when an unexploded British bomb forced 54,000 people out of their homes in the southern city of Augsburg.