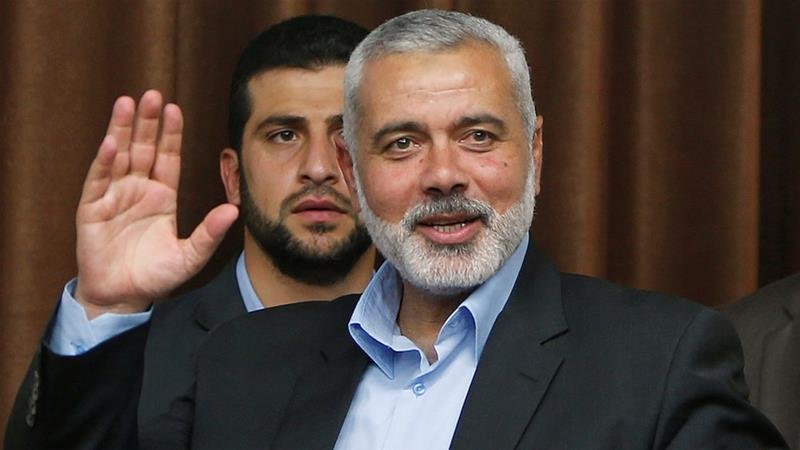 Ismail Haniya has been elected as the new leader of Hamas’ political bureau, according to the Palestinian movement’s news agency.

The announcement on Satuday came just days after Hamas unveiled a more moderate stance towards Israel.

Khalid Meshaal, who preceded Haniya as leader of the bureau, confirmed the transition of power to Al Jazeera.

“I would like to announce that this new council has elected Abu al-Abed, my brother Ismail Haniya, the president of the political bureau of the movement,” Meshaal, who had been in charge of the political wing for the past 10 years, said in a statement.

“The new leadership will announce any other names in the appropriate time. The movement blesses this election which came in a consultative, democratic way that is homogenous with the lists and that shows the unity of the movement.”

Haniya, 54, is expected to remain in the Gaza Strip, the Palestinian enclave run by Hamas since 2007, unlike Meshaal who lives in exile in Qarar’s capital, Doha, and has completed the maximum two terms in office.

Haniya’s has been the group’s deputy leader, and served as prime minister of Gaza between 2007 and 2014.

On Monday, Hamas unveiled a new policy document easing its stance on Israel after having long called for its destruction.

The document notably accepts the idea of a Palestinian state in territories occupied by Israel in the war of 1967.

It also says its struggle is not against Jews because of their religion but against Israel as an occupier.

However, Hamas officials said the document in no way amounts to recognition of Israel as demanded by the international community.