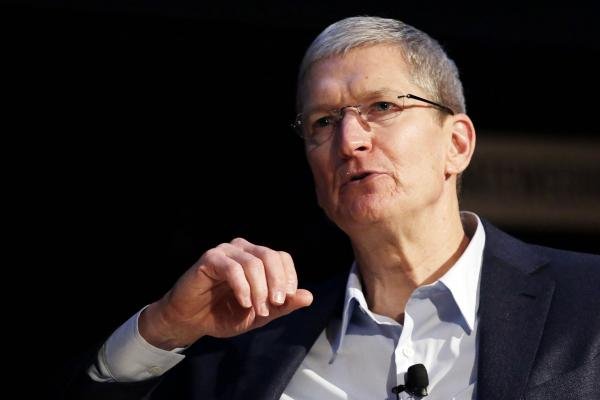 Cook told CNBC that his company supports domestic job creation and it is willing to back up that support by investing money. He said Apple has already talked to a company in which it wishes to invest.

Cook said Apple can “be the ripple in the pond” that creates more U.S. manufacturing jobs, which will in turn create more jobs in the service industry to support those jobs. He said the company wants to grow its employee, developer and manufacturing base.

He said Apple has to borrow money to invest in the United States because it is a global company that could be forced to pay a more than 35 percent U.S. tax on money earned in the global marketplace.

Cook said passing a repatriated tax break, which Trump’s administration has suggested, would be good for U.S. companies because it would allow those companies to invest domestically.

“We are in a good position, but an unusual one. Our good position is we can borrow. And so to invest in the United States, we have to borrow,” Cook added. “This doesn’t make sense on a broad basis, and so I think the administration, you saw that they’re really getting this and want to bring this back and I hope that that comes to pass.”

US economy slows sharply in the first quarter