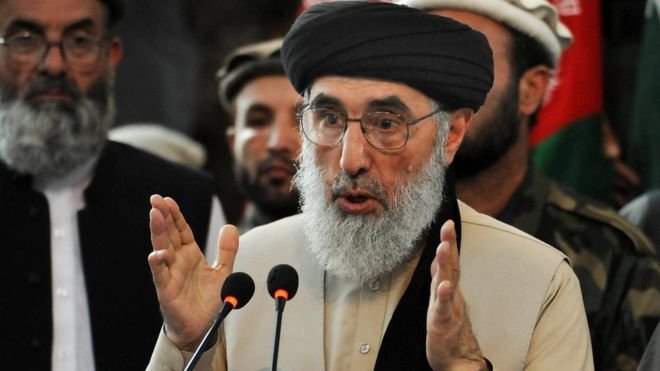 Veteran warlord Gulbuddin Hekmatyar has returned to the Afghan capital, eight months after signing a peace deal with the government.

Under the deal, he has agreed to accept the constitution and abandon violence.

Some see the deal as a step forward for Afghanistan but others say it could exacerbate divisions in the government.

Gulbuddin Hekmatyar travelled to the capital from Jalalabad amid tight security, his convoy guarded by an Afghan army helicopter.

He is due to meet President Ashraf Ghani later on Thursday and then lead prayers on Friday at a prestigious mosque.

A former prime minister, he is one of the most controversial figures in Afghanistan’s modern history.

Mr Hekmatyar’s return comes more than 20 years after the Taliban forced him from Kabul in 1996.

He was one of seven anti-Soviet faction chiefs who led a large number of mujahideen fighters in the war against Soviet occupation in the 1980s.

But he is remembered mostly for his role in the bloody civil war of the 1990s, when the Hezb-e-Islami clashed violently with other mujahideen factions in the struggle for control of the capital, Kabul.

The Hezb-e-Islami was blamed for much of the terrible death and destruction of that period, which led many ordinary Afghans to welcome the emergence of the Taliban.

The civil war also led to Mr Hekmatyar’s fall from grace – he and his men were forced to flee Kabul when the Taliban swept into power.

In 2003, the US state department listed him as a terrorist, accusing him of taking part in and supporting attacks by al-Qaeda and the Taliban.

But Hezb-e-Islami has not played much of a role in the conflict in recent years, and in September 2016 the Afghan government signed a deal granting Mr Hekmatyar immunity and the release of prisoners in return for peace.

Hezb-e-Islami has supporters across the country and there are hopes that the peace agreement may encourage some Taliban leaders to consider joining the process.

But others are wary. One paper has accused him of “speaking in a bullying tone” and calling for a more centralised government that would entrench the “dominance of one ethnic group”.