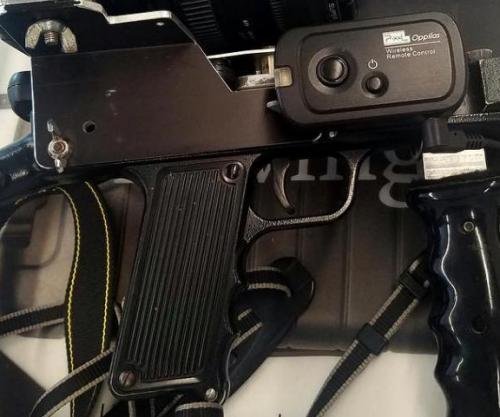 The Transportation Security Administration said agents in New York were given pause by an unusual camera grip that gives new meaning to “photo shoot.”

The TSA’s official Instagram account posted a photo of a camera with a “handle/grip/trigger mechanism” that bears a strong resemblance to a slightly disguised handgun.

The agency said the unusual accessory was found in a passenger’s carry-on bag at LaGuardia International Airport in New York. The passenger was allowed to travel with the object, but it had to be placed in a checked bag due to its resemblance to a firearm.

California restaurant owner crafts pizza made entirely out of cheese