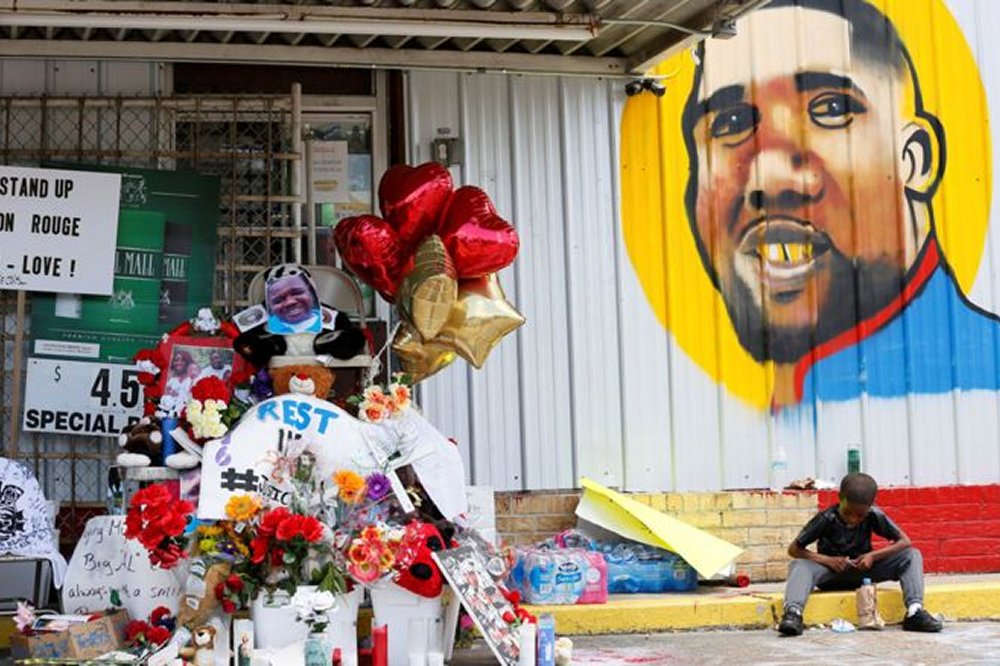 The US Department of Justice has reportedly decided not to charge two white officers who shot and killed a black man in Louisiana last summer.

Video footage appearing to show the officers holding down Alton Sterling as they fired their weapons sparked days of protests in Baton Rouge.

News of the decision leaked to US media on Tuesday before the city mayor or the Sterling family had been told.

“We need closure, we need a conviction. We need justice,” said Sterling’s aunt.

More than 100 people attended a vigil on Tuesday night outside the Triple S Food Mart where Sterling died on 5 July 2016.

The civil rights investigation was opened soon after the 37-year-old was killed outside the grocery shop where he was selling CDs.

At the time, a series of fatal police shootings involving African-Americans had sparked a debate about police use of force.

The federal decision not to prosecute the two officers comes with a new White House administration and a new head of the Justice Department, Attorney General Jeff Sessions.

But it is possible that the state of Louisiana could bring its own charges.

Local officials expressed outrage that the federal authorities had not contacted the family ahead of the reported decision.

“I am appalled that this news, whether true or false, has been disseminated without a formal decision being relayed to the Sterling family first,” Baton Rouge Mayor Sharon Weston Broome said, adding that her office had not been notified either.

What happened when Sterling died?

Police were called after reports of a man threatening people with a gun outside a shop.

Mobile video footage appeared to show two officers wrestling a man in a red shirt to the floor.

One of the officers pinned the man’s arm to the floor with his knee and then appeared to pull out his gun and point it at the man.

A voice is heard shouting: “He’s got a gun!” Shots ring out and the camera moves away.

Mr Sterling, a father of five, died at the scene.

Police said he refused to comply with the officers’ commands so they used a stun gun to bring him to the ground.

The officers say they saw a gun in one of his pockets and saw his arm move there as if he was reaching for it, just before he was shot.

Officers Blane Salamoni and Howie Lake II were placed on administrative leave after the incident.

There were nearly 200 arrests during protests over Mr Sterling’s death, which preceded a turbulent couple of weeks in US race relations.

A day after the fatal confrontation, a black driver in Minnesota was shot dead in a traffic stop, and the same week five police officers in Dallas were killed.

Less than two weeks later, three police officers in Baton Rouge were killed in an ambush, further inflaming tensions in that community.

Two other fatal police shootings were in the news on Tuesday.

In Texas, police changed their story in what happened when an unarmed black teenager was shot and killed on Saturday night as his car drove away from police.

And a former officer in South Carolina pleaded guilty to violating the civil rights of an African American he shot in the back as he ran away.