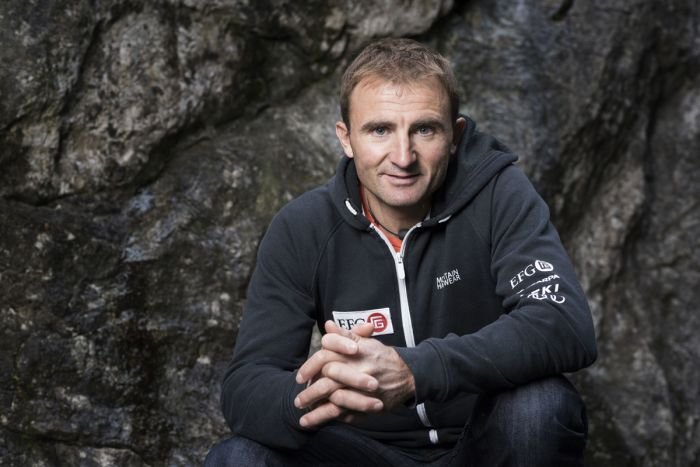 At around 21,650 feet, Steck, 40, slipped from a common ridge with neighboring peak Nuptse and fell into a crevasse in the early morning, expedition organizers told CNN.

His body was recovered and airlifted to Lukla, according to Dinesh Bhattarai, of the Nepal Tourism Department.

Steck was climbing alone because his partner, Tenji Sherpa, had severe frostbite and was recovering at a lower camp.

“The family is infinitely sad and asks that the media refrain from speculating about his death out of respect and consideration for Ueli,” his relatives said in a statement. “As soon as reliable information about Ueli Steck’s death becomes available, the media will be informed.”

Steck wrote on Facebook on Wednesday: “Quick Day from Basecamp up to 7,000m and back. I love it is such a great place here. I still believe in active [acclimatization.] This is way more effective then spending nights up in the altitude.”

He won the Piolet D’or, mountaineering’s highest honor in 2009 and 2014, and his numerous records include ascending the north face of the Eiger in the Bernese Alps in less than three hours.

Steck was the first to perish in this year’s spring mountaineering season after six climbers died on the mountain last year.

In 2013, Steck and two other Western climbers fought with a group of Nepali guides in a climbing dispute on Mount Everest.

Steck was born in the town of Langnau im Emmental, near the Swiss capital Bern in October 1976. He became a serious climber by the age of 12.