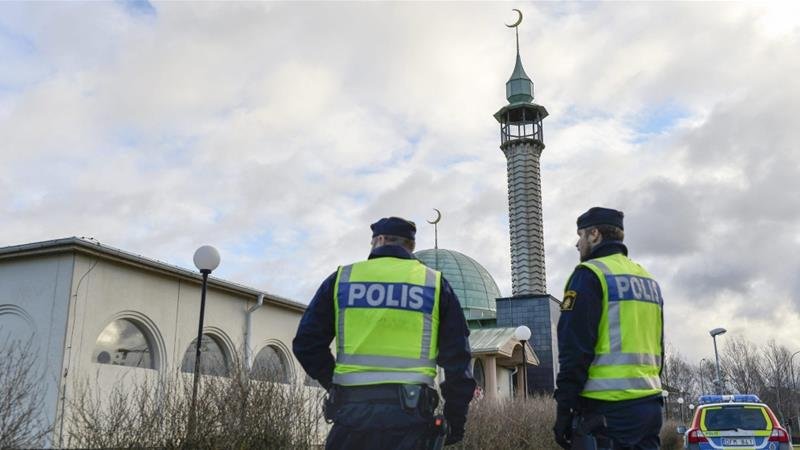 Swedish authorities have started an investigation into possible arson after a fire damaged the facade and roof of a mosque on the outskirts of Stockholm overnight, according to a police statement.

Nobody was injured in Monday’s fire in the Jarfalla suburb of the Swedish capital, according to the statement.

“The scene of the fire has been sealed off in anticipation of forensic tests.”

The Imam Ali Islamic Centre in Jarfalla, a municipality northwest of Stockholm, said in a post on Facebook that about a quarter of the building was destroyed.

No one was injured in the blaze that appeared to have started on one of the outer walls, according to the police who have opened an investigation into arson.

Fire fighters arrived at the scene after the alert was sounded late on Sunday.

Earlier in the evening, several hundred people had attended a gathering in the building.

“We are very disappointed. This is the largest Shia Muslim mosque in Sweden with thousands of members,” Akil Zahiri, a mosque spokesman, told Swedish broadcaster SVT.

He expressed shock and sorrow over the incident, and said many members of the congregation were worried.

“If the police conclude it was arson, it is key that we step up security measures but we will wait for their findings,” Zahiri said.

Zahiri declined to say if the mosque had been subjected to recent threats.

The Imam Ali Islamic Centre houses a library as well as youth and culture associations. The centre said it had cancelled all planned activities until Thursday.

The association that runs the mosque was formed in 1997.

An Uzbek whose asylum request was rejected is being held as the main suspect.

Swedish police have confirmed that he had expressed “sympathies for extremist groups” such as the Islamic State of Iraq and the Levant (ISIL) group but disclosed no other details.

ISIL, also known as ISIS, has targeted Shia Muslims in several countries. It claimed responsibility for a fire last year at a small Shia mosque in southern Sweden’s Malmo.

The main suspect in the case was accused on terrorism charges but has been acquitted.