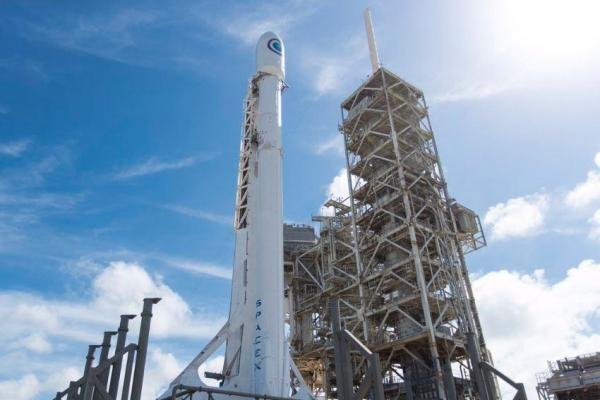 SpaceX’s launch of a spy satellite aboard a Falcon 9 was postponed less than a minute before liftoff Sunday in Florida when the launch company detected an issue with a sensor on the rocket’s first stage.

With 52 seconds remaining before liftoff at 7:15 a.m. EDT, SpaceX called a 24-hour hold to check out the sensor, pushing the launch to Monday’s two-hour backup window starting at 7 a.m.

The rocket remains on SpaceX’s Launch Complex 39A at Kennedy Space Center.

If the rocket is launched, SpaceX will attempt to recover the first stage booster and land it at Landing Zone 1 at Cape Canaveral Air Force Station.

The latest launch, designated as NROL-76, is the first for the spy agency National Reconnaissance Office and the U.S. Department of Defense

“It’s a very big deal,” said Justin Karl, program coordinator of Commercial Space Operations at Embry-Riddle Aeronautical University, to the Orlando Sentinel. “For government orbital launches, there are very few flight provider options. That is a huge segment of a changing market they have potentially captured.”

This can lead to bidding on national security contracts with United Launch Alliance the only contractor for the Department of Defense.

Related Topics:ScienceSpaceXSpy satellite
Up Next

From Hubble’s vantage, space is a crowded place