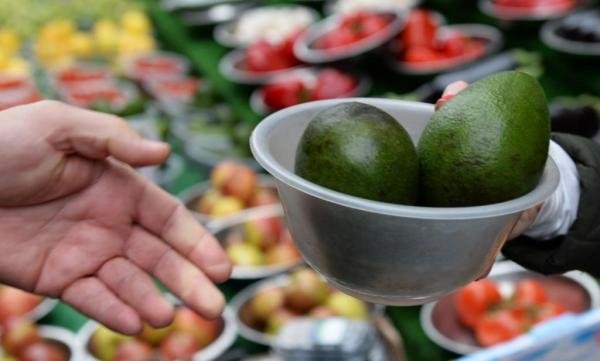 Smaller harvests mean the price of avocados is the highest in 19 years, the Mexican government reported days before Cinco de Mayo celebrations.

A 22-pound box of Hass avocados picked in the Mexican state of Michoacán, the country’s largest avocado-producing location, sold last week for $27.89. The price is double last year’s figure, and the highest since data began being collected in 1998.

Demand in the United States has nearly doubled since 2006, and was 6.9 pounds per person in 2015, U.S. government figures show. A single avocado retailed for $1.21, on average, in the United States on April 21, up from 98 cents one year ago, U.S. Department of Agriculture data show.

Mexico provides 82 percent of avocados consumed in the United States. Most of the rest are grown in California, which expects a 44 percent decline in production this year. Avocado trees are alternate-bearing crops, with small annual harvests following large harvests.

Chinese consumers, who appreciate the fruit’s health properties, have increased avocado imports to China from Latin American countries from 154 tons in 2012 to more than 25,000 tons in 2016. Favorable trade deals between Mexico and the European Union have popularized avocados in Europe as well.

The news comes as Mexico prepares to observe the victory of Mexican troops over French forces in the battle of Puebla in May 5, 1862. Cinco de Mayo is especially popular in the United States. The holiday, along with the Super Bowl are the top occasions in the United States to enjoy guacamole, the avocado-based dip.