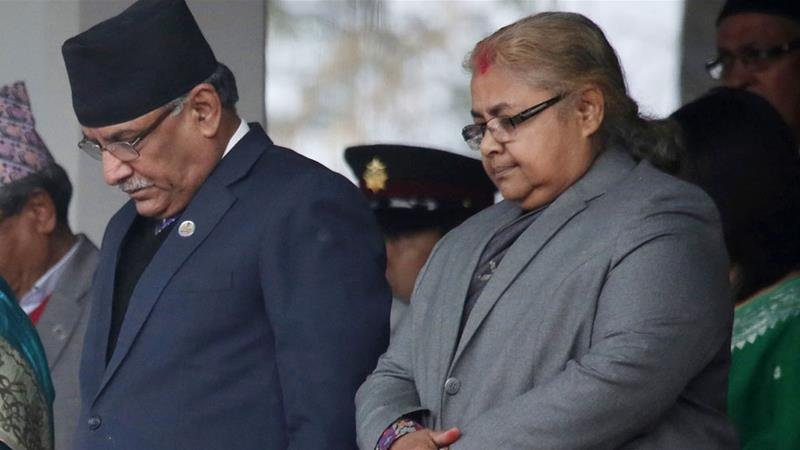 Nepal’s first female chief justice has been suspended after an impeachment motion filed against her was signed by members of parliament.

The two main parties in the ruling coalition – the Maoists and the Nepali Congress (NC) – accused Sushila Karki of interference after the Supreme Court last month overturned the government’s choice for chief of police.

The government had appointed Jaya Bahadur Chand as police chief, but the court ruled that the highest-ranking officer Navaraj Silwal should take the top job.

“We have decided to impeach Chief Justice Sushila Karki … after she visibly started taking sides in cases,” Min Biswakarma, a member of the ruling coalition and an NC member of parliament, who proposed the motion, told AFP news agency on Monday.

But the Communist Party of Nepali (Maoist Centre) of Prime Minister Pushpa Kamal Dahal, also known as Prachanda, and its main coalition partner, the NC, are together on the issue.

Karki’s supporters say she has taken a strong stance against corruption during her year-long tenure as head of the Supreme Court.

The motion to impeach her was signed by 249 legislators from the NC and the CPN (Maoist Centre). The government said she breached Article 75 of the constitution, which outlines the government’s executive powers.

A committee will now be established to investigate the allegations of bias, after which MPs will vote on whether to impeach her.

But the process is unlikely to get that far as she is due to retire in June when she turns 65.

Lok Raj Baral, a political analyst, told Al Jazeera that Karki’s suspension is the latest case of the judiciary versus the executive in Nepal.

“Karki took a tough stance against corruption, but she was a bit aggressive – that annoyed the politicians,” he said.

Nepal has a history of political interference in key civil appointments such as the head of police.

The Himalayan country has had nine governments since the end of the civil war in 2006, with each successive administration seeking to fill key positions with their loyalists.

But Baral said that the stability of the current government was not threatened as some political parties outside the coalition are ready to back the government.

Local elections are due later this month, followed by provincial and then national elections by the end of the year.