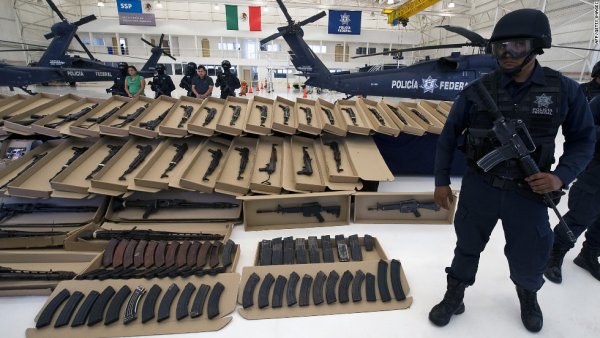 A Mexican court martial in the Veracruz state has sentenced eight soldiers to more than 26 years imprisonment for collaborating with members of the Los Zetas cartel.

The soldiers were found guilty on charges of organized crime and crimes against the public health for giving Los Zetas members information about military operations in exchange for payment, El Universal reported.

The soldiers have been fired from their positions and must also pay a fine of about $800. In the court martial, one soldier was acquitted and immediately released.

Seven other soldiers were arrested and detained but were granted special protection after it was revealed some were possibly tortured in attempts to coerce a confession.

Los Zetas is a vast criminal enterprise involved in drug, firearms and sex trafficking based in Nuevo Laredo, a town bordering the United States in Tamaulipas. The cartel is a rival of Joaquin “El Chapo” Guzman’s Sinaloa Cartel.

In late January, Mexico’s Secretariat of National Defense said it arrested two lieutenants who attempted to sell 11 AK-47s and three AR-15s to members of the Los Zetas cartel for about $5,000.