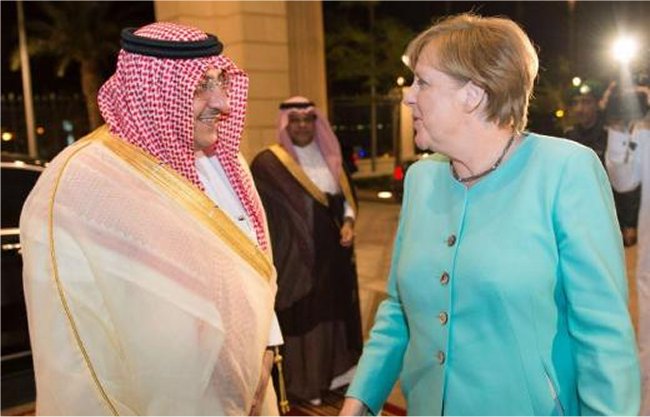 The visit was also an opportunity for Merkel to reinforce German-Saudi business relations. She met with Saudi women in business, later saying that “I have the impression that the country is in a phase of change and that a lot more is possible now than some years ago, but it’s still a long way away from having achieved what we would understand as equality,” the British news website the Independent reported.

Merkel signed six major economic agreements reinforcing the trade relationship with Saudi Arabia, one of Germany’s leading trade partners in the Middle East. They involved Germany’s training of Saudi security officers, cooperation between the two countries on projects in western Africa and the involvement of the German engineering company Siemens and the software company SAP in “Vision 2030,” Saudi Arabia’s plan for economic diversification and reduction of its reliance on oil revenues.

Merkel is scheduled to travel to Abu Dhabi on Monday. In meetings with Saudi leaders, she did not adhere to the traditional dress code for women, which includes a head scarf. She is the latest in a series of female Western leaders, which includes British Prime Minister Theresa May, Michelle Obama and Hillary Clinton, to forego the protocol.