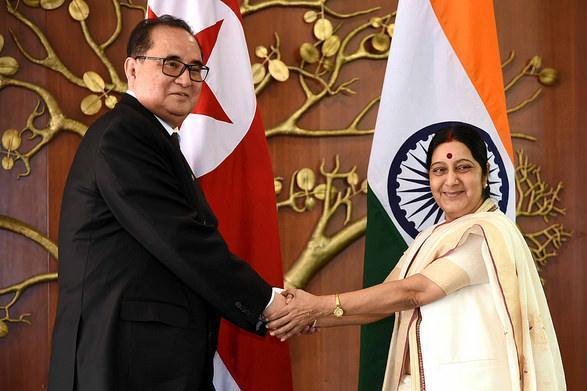 India confirmed it is taking financial measures to freeze North Korea assets and to ban Pyongyang’s military officers from training in the country, in response to pressures from Seoul to implement United Nations Security Council sanctions resolutions.

India’s external affairs ministry spokesman Gopal Baglay told South Korean news agency Yonhap on Monday his government is taking steps to fulfill its obligations under the U.N. Charter and that it is blocking the movement of North Korea assets in the country.

India’s Army Center of Education in Pachmari, Madhya Pradesh, has been offering language training to North Koreans, according to the report.

Education has not been limited to Pyongyang’s military personnel.

Implementation of sanctions follows a visit in March from South Korea’s First Vice Minister of Foreign Affairs Lim Sung-nam to India. Seoul initially raised the issue of North Korea officer training in 2015 and 2016.

IS kills many in attack on Syrian camp