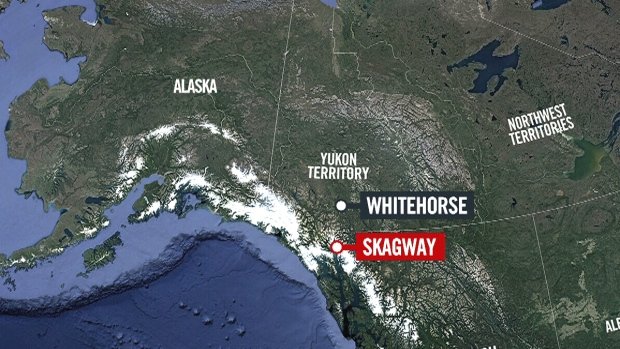 Several powerful earthquakes struck Monday in the northern tip of British Columbia near the border with Alaska and Yukon.

The U.S. Geological Survey says a 6.2-magnitude quake hit 88 kilometres northwest of Skagway, Alaska. That was followed by several smaller quakes, including one with a magnitude of 5.2 shake and another major 6.3 quake about almost two hours after the first.

Natural Resources Canada says the first quake struck around 5:30 a.m. Pacific time, at a depth of only 10 kilometres.

There are no reports of injuries or building damage, and no tsunami warning was issued. But Yukon Energy confirmed that the quakes triggered power outages.

Several Twitter users reported feeling tremors, including many in Whitehorse, about 170 kilometres away.

The Alaska area experiences a large amount of seismic activity due to the movement of the Pacific tectonic plate and the North American plate. In 1964, an earthquake centred near Prince William Sound in Alaska registered a magnitude of 9.2 — the second-largest ever recorded.

Mulder says there could be more aftershock quakes to come after Monday’s temblor.

There’s also the potential this earthquake could be a foreshock of a larger quake still to come, Mulder added.

“We won’t know until probably for the next week or two,” she said.

Asylum seekers from US surge into Canada