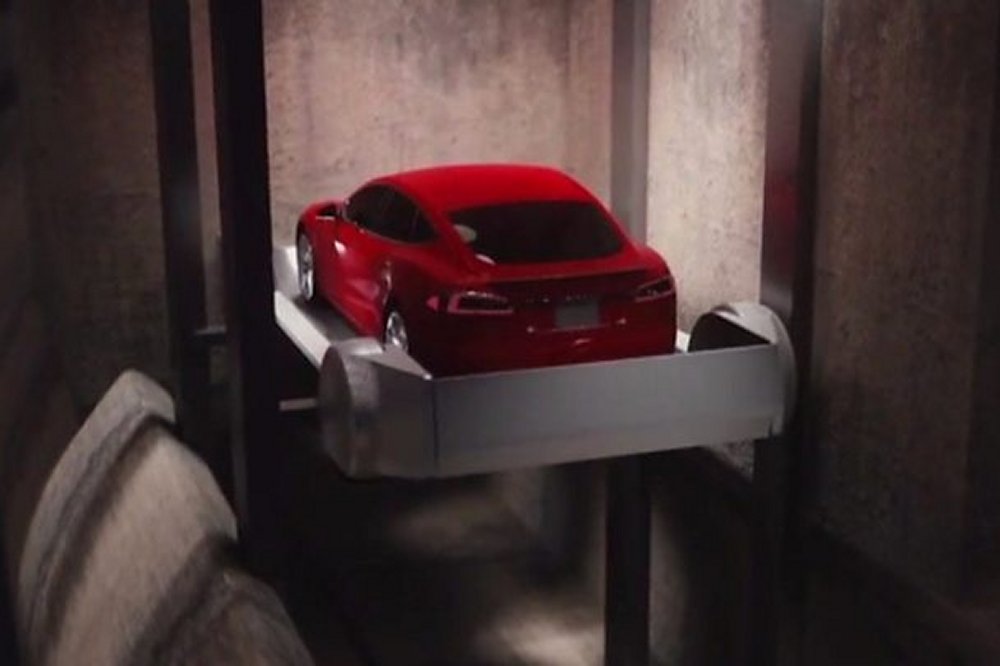 US entrepreneur Elon Musk has outlined his vision for a tunnel network under Los Angeles and shown how it might work.

Mr Musk also told the Ted (Technology, Entertainment and Design) conference he planned fully autonomous journeys across the US by the end of the year.

He spoke about how he wanted solar-powered roof tiles to be standard on “every home” within 50 years.

And he explained why he is committed to sending a rocket to Mars.

In a wide-ranging conversation with Ted curator Chris Anderson, the founder of Tesla and Space X said that he was inspired to consider a tunnel system to alleviate congestion because he found being stuck in traffic “soul-destroying”.

He showed off a concept video of how the multi-layered tunnel system might work.

Cars would stop on a trolley-like device and the ground would open up to carry them below. Cars would then drive off the platform and another would get on to be returned above ground.

He said that his vision was to have “no limits” to the amount of tunnels, but to find ways to cut the cost of boring and to speed up how quickly such tunnels could be created.

“We have a pet snail called Gary, and Gary is capable of moving 14 times faster than a tunnel boring machine – so the ambition is to beat Gary,” he said.

The firm he set up to oversee the project – The Boring Company – took up less than 3% of his time, he said, and it was run by interns and part-timers.

“It is pottering along.”

Susan Beardslee, a senior analyst at ABI Research, said the project sounded like a “moonshot”.

“He has shown his ability to be a visionary, and I believe he can take tunnelling and apply the financial capital and technical expertise, but this is not a go-it-alone project.

“He is addressing the need to look at congestion – but it will have to be a public/private partnership,” she said.

“Musk is good at coming up with a very different way of looking at things, and this might work better somewhere where it can be purpose-built rather than retro-fitted.”

Mr Musk is rarely out of the headlines these days – recently notching up another landmark for his Space X business when it launched a recycled rocket as well as starting a new firm – NeuraLink – that would aim to augment the human brain with computer technology.

His semi-autonomous Tesla car fleet has been under scrutiny since a fatal crash in May 2016, but Mr Musk showed no signs of slowing down his ambitions for the firm.

He promised a “fully autonomous” journey across the US “by the end of the year”.

“From a parking lot in California, cross-country to New York or from Seattle to Florida, these cars should be able to go anywhere on the highway system,” he said.

He also revealed that he had test-driven the semi-autonomous electric truck Tesla plans to unveil in September, saying it was “so nimble”.

“You will drive it around like a sports car,” he said.

“In a tug-of-war between a Tesla semi and a diesel semi, the Tesla would pull the diesel uphill.”

Ted curator Chris Anderson asked Mr Musk why he had so many diverse interests – on Earth and in Space.

“The value of Tesla is to accelerate the inevitable use of sustainable energy and if it accelerates that by a decade, then that would be a fundamental aspiration,” said Mr Musk.

But, he added, the advancement of space technology was not inevitable and would only happen if someone worked hard to make it a reality.

“It is important to have an inspiring future and if it doesn’t include being out there among the stars, that is incredibly depressing.

“I am not trying to be anyone’s saviour.

“I just want to think about the future and not feel sad.”