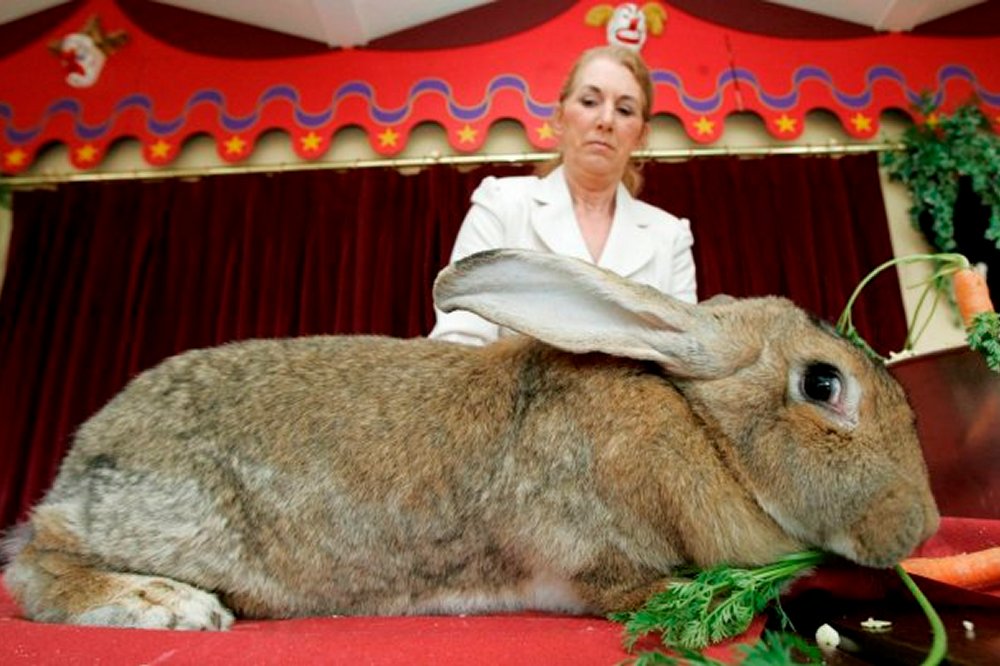 A giant rabbit died in the care of United Airlines after he was allegedly placed in the freezer by staff, it has been claimed.

Simon, the three-foot-long giant rabbit, died at a United Airlines pet holding facility in Chicago, after a flight from London.

It has now been said that the pet, reported to have been bought by a wealthy celebrity, was in fact alive when he was taken off of the plane – but died while in holding.

An airport worker said that the animal, who was expected to grow to be the world’s biggest rabbit after his father Darius grew to 4ft 4in, was ‘placed in temperatures of 0 to 2 degrees by mistake’.

He then reportedly froze to death after being left for 16 hours.

Speaking to The Sun, the staff member said: ‘The rabbit arrived fine but there was some sort of mistake and he was locked inside a freezer overnight.

‘Everyone thought he was just having a nap or something. Nobody realised it needed to be taken out.’

He added that United Airlines has now launched an investigation, however ‘it is not known who put the rabbit in the freezer’.

He said: ‘We know from the inventory that that the rabbit was alive when it reached the airport. So it happened in the warehouse. It has all been kept very hush hush but none of us know who froze the rabbit.’

The 10-month-old rabbit had been at the airport holding centre while waiting for a connecting flight to Kanton in Ohio.

A United spokesman said: ‘That assertion is completely false. Simon was cared for at the PetSafe kennel facility which is kept at room temperature (on average 70°F).

‘He arrived at Chicago O’Hare airport in apparent good condition at 10:25 am (local time).

‘He was seen by a representative of the kennel facility moving about within his crate about 11:00am. Shortly thereafter, a kennel representative noticed Simon was motionless and determined that he passed away.’

Earlier this month, United Airlines hit headlines after a 69-year-old passenger was violently removed from a flight.

Dr David Dao, 69, suffered concussion and a broken nose when he was forcibly removed from a flight at Chicago’s O’Hare International Airport.