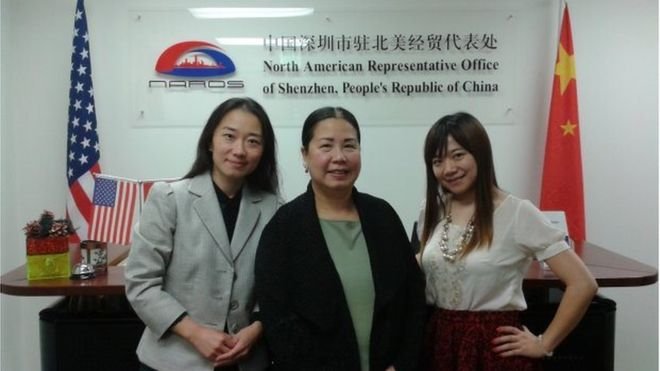 An American businesswoman convicted of spying by China is back in the US, after a Chinese court ordered her deportation.

Sandy Phan-Gillis was sentenced to three and a half years in prison on Tuesday, but will not serve the time.

She had already spent more than two years in detention before her trial.

Phan-Gillis, who has Chinese origins but was born in Vietnam, was arrested in March 2015 while travelling in China with a business delegation from Texas.

Her husband Jeff Gillis said China had accused his wife of visiting the country twice on spy missions in 1996, and working with the FBI to capture two Chinese spies in the US and make them into double agents.

Speaking last year, he called the allegations “beyond ridiculous”, and said her passport showed she did not travel to China in 1996.

The UN Working Group on Arbitrary Detention previously denounced China’s handling of the case, saying it had not observed “international norms relating to the right to a fair trial, and to liberty and security”.

Phan-Gillis was reportedly held in a secret location for six months, and later placed in solitary confinement.

Mr Gillis said his wife had left China on Friday from the southern city of Guangzhou, and arrived in Los Angeles the same day.

“Sandy is overjoyed to be reunited with friends and family, and sends out her thanks to the many people who worked tirelessly for her release,” he said.

The 57-year-old’s return removes a source of tension between Washington and Beijing, a marker of the current warmer relations between them.

Negotiations to secure her release are said to have intensified when US Secretary of State Rex Tillerson visited China in March.

On Thursday, Mr Trump called his Chinese counterpart a “good man” who was doing his best to press North Korea over its controversial nuclear programme.

Trump says first 100 days ‘just about the most successful’ in U.S. history