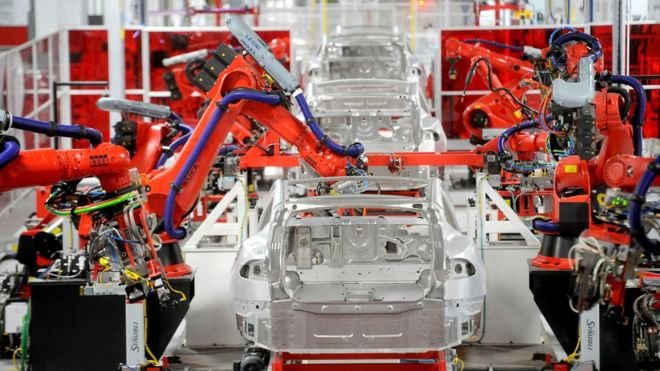 The US economy slowed dramatically in the first three months of the year, according to official data.

GDP expanded at an annual rate of 0.7% in the first quarter, which was a sharp slowdown from the 2.1% growth rate in the final three months of 2016.

It was also the lowest rate of growth since the first quarter of 2014, when the economy contracted by 1.2%.

In recent years GDP growth has often been sluggish in the first quarter, but has picked up later in the year.

Many economists blame that trend on the way the data is collected.

“US GDP figures are typically weaker in the first quarter, so this reading is in line with the seasonal trend,” said Nancy Curtin, chief investment officer at Close Brothers Asset Management.

“We haven’t yet had the expected fiscal stimulus from Trump, the effects of which may not be seen until the end of this year or the start of 2018.”

She also pointed out that other data suggested strength in the US economy .

“While investors might be disappointed with the reading, it has been a steady start to the year with inflation looking benign, a resilient jobs market and positive PMI [purchasing managers’] data.”

Related Topics:BusinessUS economy
Up Next

Apple to invest $1B in ‘manufacturing fund’ to create U.S. jobs