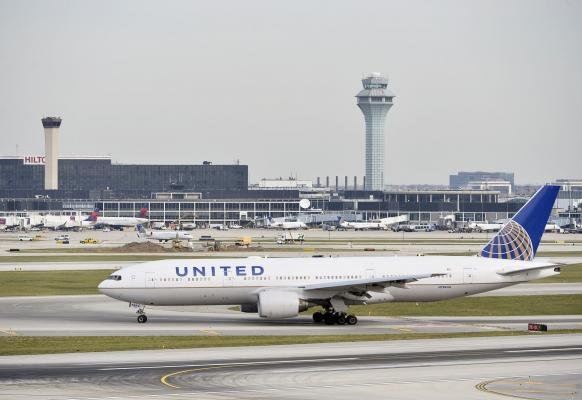 After a three-week public relations nightmare, United Airlines on Thursday announced a settlement with the passenger at O’Hare International Airport who was bloodied and hauled off a flight.

United didn’t reveal the amount of its settlement with passenger David Dao. The Kentucky physician was dragged off Flight 3411, a Chicago-to-Louisville jaunt, on April 9 after he refused to be “voluntarily bumped” to make room for a flight crew.

“We are pleased to report that United and Dr. Dao have reached an amicable resolution of the unfortunate incident that occurred aboard flight 3411,” United said in a statement. “We look forward to implementing the improvements we have announced, which will put our customers at the center of everything we do.”

United, widely vilified for its handling of the incident, made a number of changes in light of the episode — which reverberated internationally after multiple passengers posted videos online showing Dao yanked from his seat and dragged down the center aisle.

Earlier Thursday, United submitted its version of the incident and listed a number of changes to certain customer service policies.

In the “Review and Action Report,” the carrier said maintenance problems obligated the airline to bump four passengers on Flight 3411 so a flight crew could get to Louisville. When none volunteered, the airline says it randomly selected four.

Three obliged, but Dao, who kept saying he needed to “get home,” did not — and was physically removed by three security officers. Dao suffered a broken nose and a concussion and lost two teeth, his attorney said.

Initially, United CEO Oscar Munoz blamed Dao for being “disruptive” and “belligerent” — a stance the airline quickly backed down from.

“We can never apologize enough for what occurred and for our initial response that followed,” United said in a statement, which added that “concrete and meaningful actions” have been articulated to “become a more customer-focused airline.”

The report includes a 10-point list outlining the company’s new policies, which includes a limit on reliance on law enforcement personnel; an increase in customer compensation incentives for voluntary denial of boarding, up to $10,000; additional training of United personnel and a promise to reduce the practice of overbooking flights.

“Every customer deserves to be treated with the highest levels of service and the deepest sense of dignity and respect. Two weeks ago, we failed to meet that standard and we profoundly apologize,” Munoz said Thursday. “However, actions speak louder than words. Today, we are taking concrete, meaningful action to make things right and ensure nothing like this ever happens again.

“Many things went wrong that day, but the headline is clear: Our policies got in the way of our values and procedures interfered in doing what’s right.”

Related Topics:David DaoU.SUnited Airlines
Up Next

Florida man had $600,000 worth of meth-covered pottery