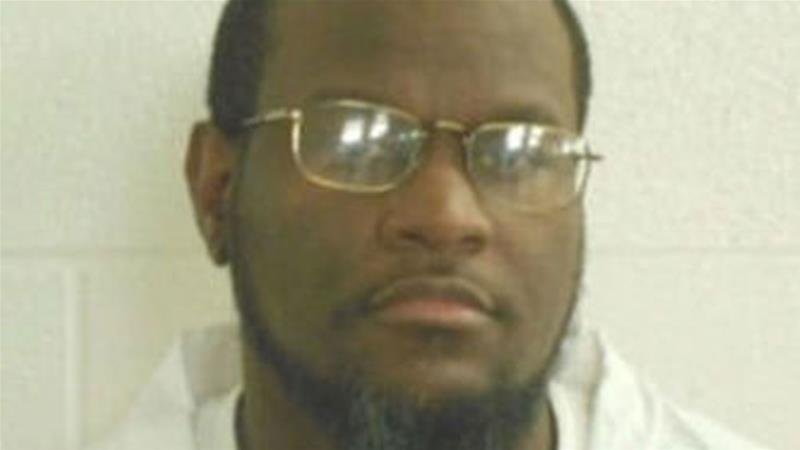 A lawyer for an Arkansas inmate who was put to death on Thursday is calling for an investigation into the execution after a witness reported that he lurched and convulsed 20 times before he died.

Kenneth Williams, 38, received a lethal injection on Thursday night at the Cummins Unit prison at Varner, an hour after the Supreme Court rejected a last-minute appeal to stay his execution.

An AP news agency reporter who witnessed Williams’ death said his body jerked 15 times in quick succession, then the rate slowed for a final five movements.

J.R. Davis, a spokesman for Governor Asa Hutchinson who did not witness the execution, called it “an involuntary muscular reaction” that he said was a widely known effect of the sedative midazolam, the first of three drugs administered.

“We tried over and over again to get the state to comport with their own protocol to avoid torturing our client to death, and yet reports from the execution witnesses indicate that Mr. Williams suffered during this execution,” Nolan told the AP.

Williams’ lawyers said he had sickle cell trait, lupus and brain damage, and argued the combined maladies could subject him to an exceptionally painful execution in violation of the US Constitution.

Arkansas’ “one size fits all” execution protocol could leave him in pain after a paralytic agent renders him unable to move, they’d argued to state and federal courts, which all rejected his claims.

Williams was sentenced to death for the 1999 murder of Cecil Boren, deputy prison warden, one of two men he killed after escaping prison where he was serving a life sentence for murdering a cheerleader.

“Any amount of movement he might have had was far less than any of his victims,” said Jodie Efird, the Boren’s daughters, who witnessed the execution.

He was the fourth inmate to be executed in eight days in Arkansas.

“I extend my sincerest of apologies to the families I have senselessly wronged and deprived of their loved ones,” Williams said in a final statement he read from the death chamber. “…  I was more than wrong. The crimes I perpetrated against you all was senseless, extremely hurtful and inexcusable.”

The inmate breathed heavily through his nose until just after three minutes into his execution, when his chest leaped forward in a series of what seemed like involuntary movements. His right hand never clenched and his face remained what one media witness called “serene”.

After the jerking, Williams breathed through his mouth and moaned or groaned once — during a consciousness check — until falling still seven minutes into the lethal injection.

Arkansas had scheduled eight executions over an 11-day period before its stash of midazolam expires at the end of April – the nation’s fastest pace since the Supreme Court reauthorised the death penalty in 1976.

Courts issued stays for four of the inmates.

The Arkansas Department of Correction has said it has no new source for the drug – though it has made similar remarks previously, yet still found a new stash.

Among the four lethal injections was Monday’s first double execution in the United States since 2000.